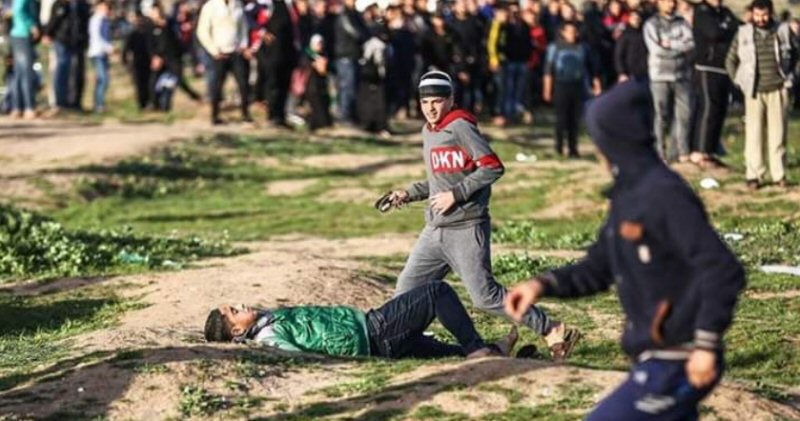 UNICEF said that it is deeply saddened by the killing of two children, aged 13 and 17 years old, shot on Friday, by the Israeli occupation army, near the border fence of the blockaded Gaza Strip.

“The exact circumstances of their death are under verification”, said UNICEF in a Saturday statement. “This brings the number of Palestinian children killed this year to four.”

“This is another stark reminder of the significant violence that children in the State of Palestine continue to endure. As we mark 30 years since the Convention on the Rights of the Child, it is essential that the fundamental rights of children be respected”, stated UNICEF.

“It is time that violence against children ends. For years, children in the State of Palestine and Israel have suffered not only physically but have also borne the brunt emotionally”, the UN organization said.

“Children are children. They must be protected at all times. Children should never be a target. Nor should they be exposed to any form of violence, by any party”, it added, according to Days of Palestine.

During the 46th week of the Great Return March demonstrations in Gaza, the Israeli forces continued to use lethal and other forms of excessive force on Palestinian protesters. The documentation by Al Mezan Center for Human Rights shows that, on Friday, 8 February, 2019, Israeli forces killed two children and injured 104 protesters, including 43 children, five women, and one paramedic — 22 by live ammunition and 48 by tear gas canisters. One protester was seriously wounded.

Al Mezan added that, since the start of the protests on 30 March, 2018, 265 Palestinians have been killed in the Gaza Strip. Of the total fatalities, 188 were killed at the protests, including 38 children, two women, two journalists, three paramedics, and eight persons with disability, including one child. Another 14,378 persons have been wounded, including 3,058 children, 630 women, 171 paramedics, and 149 journalists. Of those wounded, 7,635 were hit by live fire, including 1,426 children and 152 women. The Israeli forces continue to keep the bodies of 11 fatalities, including three minors.