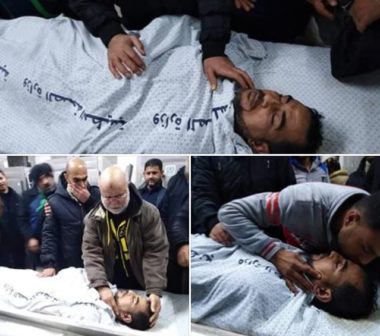 The Palestinian Interior Ministry in the besieged Gaza Strip has reported, Sunday, that two Palestinians were killed, and nine others were injured, in a siege-busting tunnel on the border with Egypt, in Rafah, in the southern part of the coastal region.

Eyad al-Bozom, the media spokesperson of the Interior Ministry in Gaza, said volunteers and rescue teams located the corpse of a police officer, identified as Abdul-Hamid al-Aker, 39, in addition to Sobhi Abu Qershein, 28.

He added that rescue teams located the corpses of the two Palestinians after hours of search and rescue operations in the border tunnel and stated that the two suffocated due to toxic gas inhalation while trying to rescue Palestinians who were trapped in the tunnel.

At least nine Palestinians, including two rescue workers, were injured in the same incident.

Although some reports speculated that the Egyptian army gassed or detonated the border tunnel, the cause of this fatal incident remains unknown, especially since dozens of Palestinians have been killed, and hundreds were injured, in tunnel accidents when the tunnels collapsed on them, or when they suffocated in the tunnels, or by accidental electrocution.

Al-Bozom did not make any statement accusing Egypt of the incident, but only reported on the death and the verified circumstances.