Israeli Army Admits the Palestinian Motorcyclist They Killed Had No Explosives 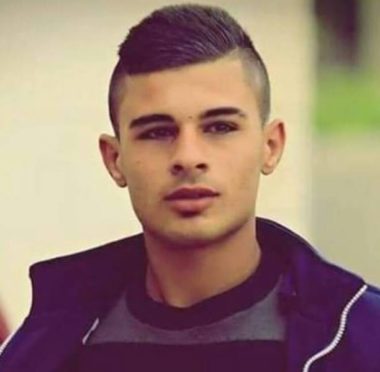 Following an investigation by the Israeli military into the killing of a Palestinian motorcycle rider on February 5th, and the severe wounding of his passenger, the military was forced to admit that their initial claim that the young man had explosives was a false claim.

Abdullah Faisal Omar Tawalba, 19, was shot and killed by Israeli forces on February 5th, 2019, at an Israeli military checkpoint in Jenin, in the northern part of the West Bank.

His passenger, Omar Ahmad Hanana, 15, was also shot by the Israeli military and badly injured, but is in stable condition at the Jenin Governmental Hospital run by the Palestinian Authority.

Initially, the Israeli military reported to the media that the young men had approached the checkpoint and “tried to plant explosives”.

An investigation by Israeli military police found no evidence whatsoever of any explosives of any kind.

The soldiers claimed that they “heard an explosion,” and “where sure “an explosive was thrown at the roadblock, before they opened fire.”

The checkpoint where Abdullah was killed by the soldiers is located  near the entrance of the al-Jalama village, northeast of Jenin in northern West Bank. The army’s initial statement claimed that Palestinians were riding a motor cycle and “hurled an explosive at the soldiers”. There were no injuries of any soldiers.

They added that Tawalba was shot with several live rounds in the head and legs.