UNRWA Expresses Concern Over Statements Made by Mayor of Jerusalem 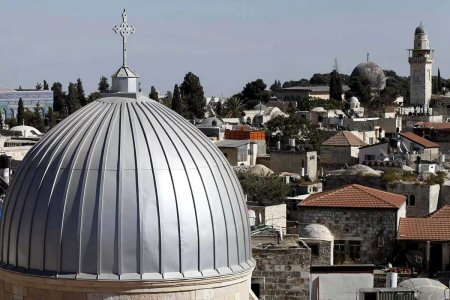 The United Nations Relief and Works Agency (UNRWA) expressed its concern, Friday, regarding recent statements made by the Israeli Mayor of Jerusalem on its operations and installations in occupied East Jerusalem.

UNRWA said that it conducts humanitarian operations in conformity with the UN Charter, bilateral and multilateral agreements that continue in force, and relevant General Assembly resolutions.

“The Agency is specifically mandated by the UN General Assembly to deliver protection and assistance to Palestine refugees in the occupied Palestinian territory, including East Jerusalem, pending a resolution of the conflict between Israelis and Palestinians,” UNRWA added in a statement, according to WAFA.

“Such messaging challenges the core principles of impartial and independent humanitarian action and does not reflect the robust and structured dialogue and interaction that UNRWA and the State of Israel have traditionally maintained.”

The Agency has been carrying out important works in education, health-care, relief and social services in East Jerusalem, in addition to the rest of the occupied Palestinian territories.

Yesterday, Jerusalem’s mayor Nir Barkat said he plans to remove the UNRWA from the city to “end the lie of the Palestinian refugee problem”.