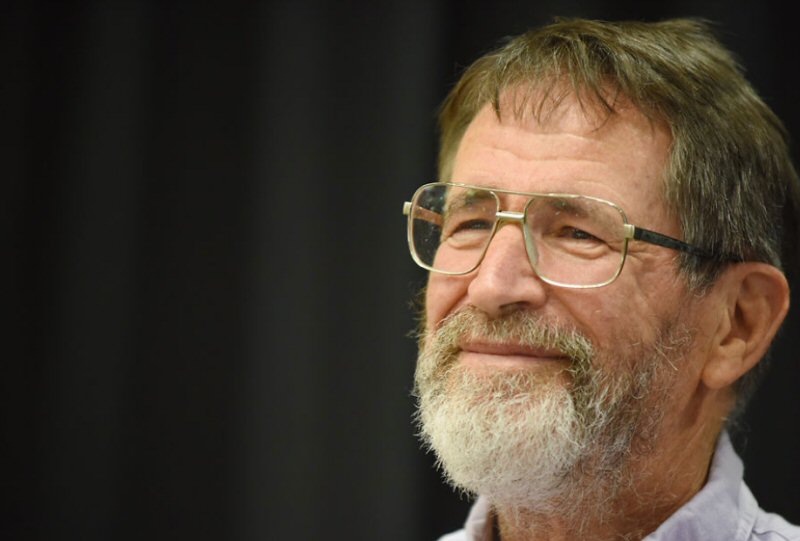 October 5, 2018 —  A Nobel Prize has been awarded to George P. Smith, a renowned scientist and longtime advocate for Palestinian rights who supports the BDS movement and has called for an end to US military aid to Israel. The BDS movement congratulates Professor Smith.

Dr. Samia Botmeh, Dean at Birzeit University in the occupied Palestinian West Bank and leading activist in the Palestinian Campaign for the Academic and Cultural Boycott of Israel (PACBI), said:

Congratulations to Professor George P. Smith for winning the 2018 Nobel Prize in Chemistry. His principled commitments are evident in both his scientific work to protect human life and his support for the Boycott, Divestment and Sanctions (BDS) movement for Palestinian rights.

Professor Smith has consistently spoken out against Israel’s egregious violations of Palestinian human rights, and taken the extremely important step of calling on his government in the United States to end arms sales to the Israeli military. His call to end military aid to Israel is not only deeply principled, but a critical and effective form of solidarity that we hope to see multiplied. The US government should be investing in human needs, including health, education and dignified jobs, rather than giving Israel $3.8 billion in military aid a year to repress and destroy Palestinian life.

Thank you Professor Smith for your inspiring solidarity.