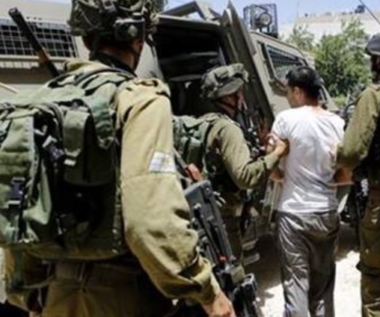 The Palestinian Prisoners’ Society (PPS) reported that Israeli forces arrested, on Tuesday at dawn, 20 citizens from the West Bank, including a child.

The PPS said that five citizens were arrested from several towns in the city of Nablus;

Meanwhile, three citizens from several towns in the Ramallah district of Al-Bireh were arrested;

From Jerusalem, the following were arrested;

Added to the detainees are citizens;

Soldiers Abduct A Palestinian During His Engagement Party

After Demolishing Two Homes, Soldiers Injure Many Palestinians Near Hebron