US Cuts All Funding to UNRWA 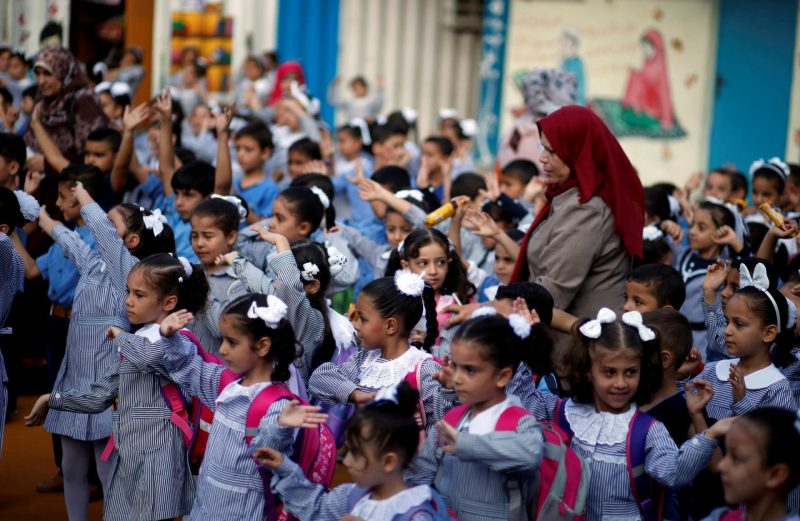 Following the recent announcement by Donald Trump that he did not consider the majority of Palestinian refugees to be refugees, the Trump administration announced Friday that they would cut all U.S. funding to the United Nations Refugee Works Agency, which provides food aid, schools and support to millions of Palestinian refugees.

According to the statement, issued by the US State Department on Friday, the current U.S. administration considers UNRWA to be an “irredeemably flawed operation.”

The decision comes after the U.S. previously cut their contribution to UNRWA by half, in January of this year.

Now, according to a State Department spokesperson, the current U.S. administration has “carefully reviewed the issue and determined that the United States will not make additional contributions to UNRWA.”

UNRWA provides education for the majority of schoolchildren in Gaza, as well as food aid and assistance to millions of Palestinians living in refugee camps in Gaza, the West Bank, Jordan, Lebanon, Syria and Egypt. The loss of this funding will have a serious and devastating impact on those refugees.

The Palestinian representative to the United Nations responded to the US decision saying that the U.S. administration is “endorsing the most extreme Israeli narrative on all issues including the rights of more than 5 million Palestinian refugees”. As a result, he said, the “administration has lost its status as peacemaker and is damaging not only an already volatile situation but the prospects for future peace in the Middle East.”