PA To Head To General Assembly After U.S. Cut Aid To UNRWA 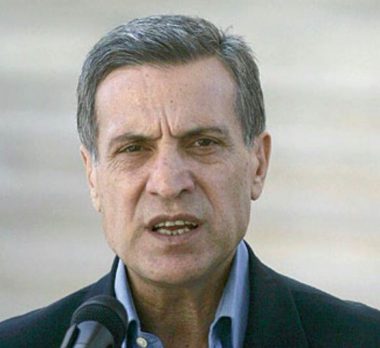 Palestinian Presidency spokesperson, Nabil Abu Rodeina, said the P.A is trying to prevent a serious disaster and escalation, due to the hostile U.S. policies towards the Palestinians and their internationally guaranteed rights.

He added that the UNRWA was founded under a direct resolution of the Security Council in 1949, to provided relief and support to the Palestinian refugees until a just, and a comprehensive resolution is reached.

Abu Rodeina also stated that Israel continues to ignore numerous resolutions by the UN and the Security Council, and has always been backed by the United States, but the current White House administration is taking very serious hostile polices against the legitimate Palestinian rights, and is directly targeting the refugees.

The Palestinian official stated that President Mahmoud Abbas will be delivering a speech at the General Assembly this month, and will focus on essential issues, including the refugees and occupied Jerusalem.

“The U.S. decision does not help the efforts to achieve real peace,” he said, “Such policies are direct assaults against the Palestinian people, and only serve the interests of terrorist groups in the region.”

“This decision is part of a series of hostile policies carried out by the administration of Donald Trump against the Palestinians, and their legitimate rights, including his illegal recognition of occupied Jerusalem as the united capital of Israel,” Abu Rodeina stated, “The U.S. is not only denying legitimate Palestinian rights in occupied Jerusalem, but is also effectively separating Gaza from the West Bank, in addition to cutting the funding to UNRWA and others organizations that aid the improvised and displaced refugees.”

Abu Rodeina also said that the U.S. policies violate all related resolutions, and require a firm international response to prevent the region from sliding into a very serious wave of escalation, and destruction.

“The Palestinian people will remain steadfast, and such illegal American and Israeli policies will only lead to more determination to continue the struggle for liberation,” he stated, “The issue of the refugees must be resolved by implementing all related international legitimacy resolutions, including the Right of Return, and the establishment of a viable, contiguous and sovereign independent state, with East Jerusalem as its capital.”