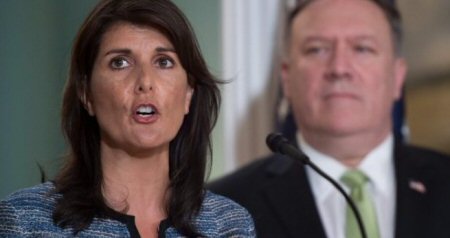 The United States administration declared their withdrawal from the UN Human Rights council on Tuesday, accusing it of anti-Israel bias. Niki Haley, US ambassador to the UN, described the body as a “cesspool of political bias” because of its focus on human rights abuses in West Bank and Gaza. She claimed that Israel had a “positive human rights record” and was being used as a “scapegoat” to cover up for member states like the Democratic Republic of Congo, who, according to her, have committed far worse atrocities.

The Trump administration has been threatening to leave the body for months, but the fact that the final decision to leave coincides with attention on both America’s own human rights abuses (such as treatment of immigrants at the US-Mexico border) and those of Israel, America’s close ally, have made many commentators believe that the US has need to discredit the institution.

Several countries have also accused the council of bias against Israel (notably Boris Johnson, UK foreign secretary), but the USA has been the only country to leave.

The Palestinian Ministry of Foreign Affairs and Expatriates issued a statement in response, saying, “The withdrawal of the United States from the Human Rights Council exposes the extent to which this Administration is willing to go to shield Israel, the occupying Power from accountability.” The statement rejected claims of pro-Israel bias, saying the council was only “attempting to do its job in relation to Palestinian human rights,” accusing Trump’s administration of “bias against Palestinian rights” and “supporting the illegal Israeli colonial agenda.”

The statement, according to the PNN, also warned of the risk that this development will “embolden Israel to persist in its egregious human rights violations” and called on the Council to “show increasing commitment to respect and ensure respect for human rights and international law in the Occupied Palestinian Territory, including East Jerusalem,” concluding by affirming that “Palestine is not and will not be the exception to the law, despite the cynical attempts to that end.”