US Jewish Activists Interrogated by Israelis over ‘Connections with Palestinians’ 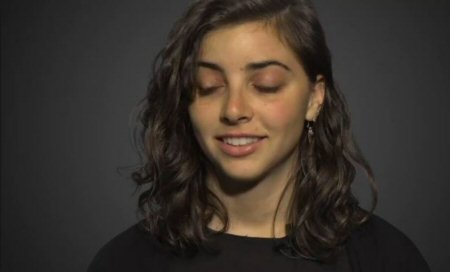 Israeli security services held and interrogated Simone Zimmerman, a US Jewish activist, at the border with Egypt for several hours on Sunday, over her alleged “connections with Palestinians.”

Zimmerman, who resides and works in Israel, tweeted that her and a friend were held at the Taba Crossing for four hours, where they were questioned by security agents from Shin Bet over their political views and previous work with Palestinians.

“I am at the border after a weekend in Sinai and Israeli authorities have detained me and my friend Abby for the last three hours. We are being questioned solely about our political opinions and activities vis a vis Palestinians esp in the occupied territories,” the activist tweeted on Sunday.

The activist said that security agents quizzed her and fellow activist Abby Kirschbaum over places they had visited in the West Bank, what they thought of Prime Minister Benjamin Netanyahu, and “why she wanted to help [people] in Gaza.”

“All of the questions they asked me were about if I go to Palestinian areas, what do I do/who do I meet there, why I go there… and why the hell would I want to do that,” she said, in another tweet.

Zimmerman, who describes herself on Twitter as part of the Jewish Resistance to the occupation, works for an Israeli human rights organisation in Tel Aviv for which she holds a valid work permit.

She is a founding member of IfNotNow, an American Jewish anti-occupation organization.

Zimmerman worked previously for US Senator Bernie Sanders, as the Jewish outreach coordinator for the 2016 primary campaign. However, she was allegedly fired after comments surfaced, from 2015, in which she called Netanyahu a “manipulative asshole” and “murderer”.

Zimmerman, who says she is not herself a supporter of the BDS movement, recently made a video condemning Israel’s travel ban on anyone associated with the boycott movement, which came into action last year.