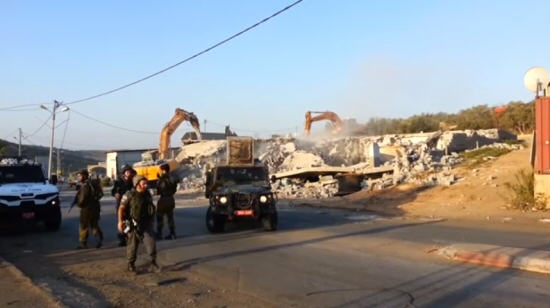 According to B’Tselem — the Israeli Information Center for Human Rights in the Occupied Territories — Israeli authorities demolished more homes in Palestinian communities during the first six months of 2016 than in all of 2015.

From January to July in 2016, Israel demolished 168 homes in the occupied West Bank, displacing 740 Palestinians, including 384 minors.

In some communities, Israeli authorities demolished residents’ homes more than once.

In comparison, in 2015, the Civil Administration demolished a total of 125 homes, displacing 496 Palestinians, including 287 minors.

Over the last decade Israel demolished at least 1,113 Palestinian homes in the West Bank, displacing 5,199 people, including 2,602 minors.