(VIDEO) Israeli Journalist Gideon Levy: The ‘Real Landlords’ of Israel Are the Settlers 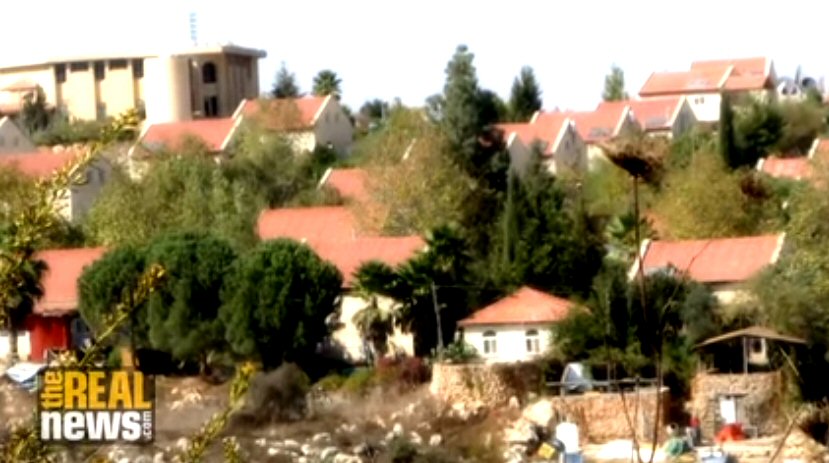 Gideon Levy discusses how the government’s preoccupation with a small Israeli colony, in the occupied West Bank, reflects the political power of settlers in Israel.

A small Israeli colony in the occupied West Bank has been on top of the agenda of the Israeli government for weeks. The colony of Amona will soon be evacuated, it seems, despite government efforts to keep the colony in place. Individual Palestinians own the lands upon which the colony is built and the Israeli Supreme Court ordered its evacuation. The government now promises to compensate the colonists with about $40 million.

We’re joined by Gideon Levy. Gideon Levy is a prominent Israeli journalist and author of the weekly column, “The Twilight Zone”, in the Israeli paper, Haaretz. He’s also an Editorial Board member of Haaretz. He has won many prizes for journalism and his recent book, The Punishment of Gaza, has just been a published. Thank you very much for joining us, Gideon.

SHIR HEVER: So, you’ve just published an article in the Middle East Eye, it’s called “How Israeli Settlements Won Their Best Ever Deal from Netanyahu” and I wanted to talk to you a little bit about this article. Maybe you can start by telling us in a few words what is this colony of Amona, and how many people live there?

GIDEON LEVY: It’s about 40 families. It’s all on private stolen lands. It’s one of those so-called illegal outposts, even though that’s an artificial name because anyone knows that all the settlements are illegal. And, it’s an expansion of a bigger settlement, called Ofra.

SHIR HEVER: So, Dror Atkis, an Israeli researcher of the colonies, called Ofra “the Mayflower” of the colony movement. Can you explain what does that mean for the colonial movement, the Israeli colonists in the West Bank, to have these colonies and why are they more important than others?

GIDEON LEVY: They are more important because they are the founding fathers and mothers. They are one of the first settlements and one of the biggest and they were most well-established ones. And, one of the ideological ones because there are many settlements in the West Bank which were built only for cheap housing. This is not the case of Ofra, because people went there because of ideology. The story of Ofra is an interesting story because it started like many other settlements of its kind with a big bluff. It was about an antenna for the army and, then, the army claimed that someone needs to guard the antenna and then the guards around the antenna became a settlement of a few hundred people and then thousands of people.

SHIR HEVER: Well, the colonists argue that this bluff has been done with full knowledge of the governments and, in fact, they were given to believe by the government that they are welcome to take these lands and to settle them. And, that they will not be evacuated.

SHIR HEVER: Now, you mentioned that the compensation to the colonists from Amona would be $40 million, and you just said there are 40 families living there. That sums up to about $1 million per family. How is that possible when, in fact, according to research that was just published by Channel 10, the colonists don’t even own their houses. They actually only rent them. And, nevertheless, they will be given enough money to buy a house.

GIDEON LEVY: No. The $40 million will go to the whole operation of moving them to another spot on the same mountain and each family will get much less because part of the expenses will be of really moving them and building new houses and building some public houses, like a synagogue and everything they need. And, still it’s a scandalous sum of money. It shows again that it’s all about real estate and in this case, it is also all about money. I wrote, or I said somewhere this week, on Israeli TV, that if I would have been a settler, I would have been deeply ashamed for this phenomena because all of a sudden we realize that it’s not about ideology, not about beliefs. It’s about money.

SHIR HEVER: And, what do Israelis think about this when the government is willing to spend so much money on such a small group of people? Is there protests about it?

GIDEON LEVY: Unfortunately, the Israelis stopped thinking a long time ago, and those issues don’t interest anybody and are hardly on their agenda. Israelis are mainly concerned about their next vacation and their next new car and this very regretful but nobody makes the linkage between deep social problems and the money that goes for the settlers. It’s somehow the Israelis remain totally indifferent and blind, and there is no-one to wake them up.

SHIR HEVER: This is very interesting because you also say, in in your article, that even as the general public is mostly apathetic to this and, like you say, they don’t care and they don’t really think about it, they don’t protest. But. the government is dealing with this case quite a lot and, in fact, there was a video that was released by Prime Minister Netanyahu, just the other day, where he says that the government has spent dozens of hours and long discussions in attempts to save this very small colony. So, and you also mention in your article, The Arrangements Law, this law that they tried to pass in order to legitimize these illegal colonies. So, why is the government spending so much effort on an issue that, maybe, for the most of the public, they don’t really care about?

GIDEON LEVY: Yeah, most of the public doesn’t care, but that’s the base of Prime Minister Netanyahu’s, and he wants to vote one thing… I’m not sure he cares so much if Amona will stay on its place or not. The only thing he really cares is to avoid any kind of images in which settlers are being evacuated by force. This he doesn’t want to have in his term and therefore, he was ready to pay any price just to convince them to do it without violence.

SHIR HEVER: You mention, in your article, that colonists are the most powerful lobby, or the most powerful pressure group inside Israel. What is the source of their power? How can they have so much influence over the government?

GIDEON LEVY: They have so much influence because the truth must be said they are the only group in Israeli society, only big group, meaningful group who is ready to sacrifice, who is ready to struggle, who is fighting for many, many years on its cause and who is really playing on very sensitive sentiments in Israeli public opinion and they are blackmailing government of the government. It didn’t start now. Ever since the ’70s, they are blackmailing every government and government after government are scared of them and I must say, even the army is scared of them. They became the real landlords of Israel or of, at least, its occupied territories and any politician is scared of them.

SHIR HEVER: Well, thank you very much, Gideon Levy, for these comments. We will continue to follow this story and I hope that you will also agree to join us again and continue this discussion.

GIDEON LEVY: It was a pleasure. Thank you very much.

SHIR HEVER: And, thank you for watching The Real News Network.

Also from TRNN — Israeli Activist: No Difference Between Democrats and Republicans on Israel