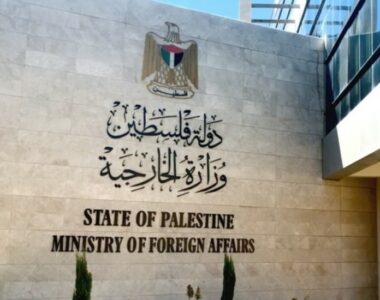 RAMALLAH, Sunday, October 31, 2021 (WAFA) – The Ministry of Foreign Affairs and Expatriates slammed the Israeli occupation’s crimes at the Yusufiya Islamic cemetery, located on the outer bounds of Jerusalem’s old city wall, as the most heinous form of anti-Semitism.

The ministry in a statement denounced in the strongest terms the Judaizing operations and continued bulldozing work; for the seventh consecutive day, at the Yusufiya Islamic cemetery.

It vehemently condemned all forms of Judaization measures, including the digging up of graves at the cemetery located outside the al-Asbat Gate of Jerusalem’s Old City, as an attempt to obliterate its historic identity.

The ministry denounced this crime and other violations as among the crimes against humanity punishable at international courts and under international law and require immediate international actions to curb and hold accountable those involved.

The ministry considered the discrimination of the cemetery as further evidence of the human and moral degradation of whoever is behind such a heinous crime and chasing Palestinians to their graves in the absolute worst form of crimes.

“It is a continuous crime committed by the inhumane and new anti-Semitism government of hatred and resentment, the state of occupation and apartheid,” the statement concluded.