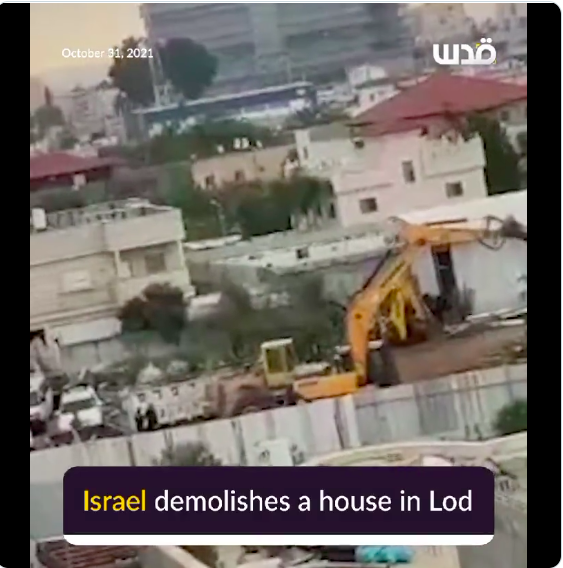 Israeli soldiers accompanied bulldozers to the Al-Mahatta neighborhood, blockaded roads leading to the home and proceeded to demolish a house belonging to Palestinian citizen Ibrahim Touri, under the pretext of building without an Israeli issued permit.

Watch | Israeli occupation forces demolished today the house of a #Palestinian citizen in the city of Lod, in 1948-occupied historical Palestine, using the pretext of construction without Israeli permission. pic.twitter.com/TopbKv0E9b