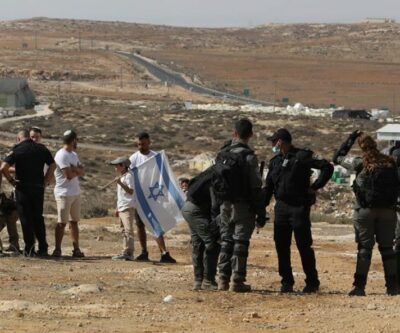 (The Palestinian News & Infor Agency (WAFA): Israeli settlers attacked today evening a surveyor while he was working in the town of Kafr Qallil to the south of Nablus, according to local sources.

Sources told WAFA settlers physically attacked a 28-year-old surveying engineer, from the Salfit governorate, while he was working in the town of Kafr Qallil, causing him injuries to the head.

Israeli settler violence against Palestinians and their property is commonplace in the West Bank and is rarely prosecuted by Israeli authorities.

“Settler violence and vandalism take place with full backing by the Israeli authorities. Sometimes soldiers take part in the assault; at other times, they stand idly by. The police make no substantial effort to investigate the incidents, nor takes measures to prevent them or stop them in real-time,” said the Israeli human rights group B’Tselem.

Israel benefits from the repercussions, as settler violence has gradually dispossessed Palestinians of more and more areas in the West Bank, paving the way for a state takeover of land and resources, said B’Tselem.