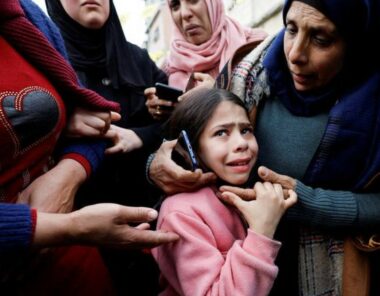 HEBRON, Wednesday, March 9, 2022 (WAFA): Three Palestinians were shot and injured today by rubber-coated steel bullets, and dozens of others suffocated as Israeli forces attacked a memorial service held for Ammar Shafiq Abu Aِfifa, 21, who was shot and killed by the Israeli army last week.

Israeli forces stormed the campus of Kadouri Technical University to the north of Hebron, where a memorial service was held for Ammar Abu Afifa, from the al-Arroub refugee camp, north of Hebron city, who was shot by soldiers and killed at the entrance of Beit Fajjar, south of the southern West Bank city of Bethlehem, on March 1st.

Dozens of people, including students who participated in the memorial, suffocated and some reportedly lost consciousness due to tear gas inhalation.

The university’s dean of students’ affairs called on the international community and human rights institutions to uphold their responsibilities and put a stop to Israel’s deliberate targeting of students and educational institutions.