WAFA: Israel’s ‘Silicon Valley’ settlement plan to be built on the ruins of dozens of Palestinian businesses 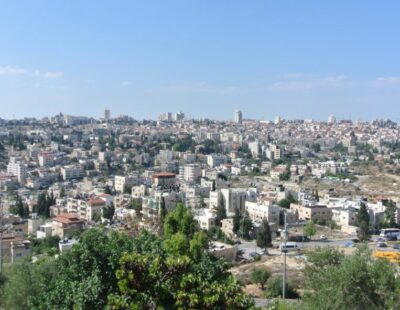 JERUSALEM, Monday, November 02, 2020 (WAFA) – The Israeli occupation authorities today approved the destruction of dozens of Palestinian businesses in Wad al-Jouz neighborhood of occupied East Jerusalem as part of a plan to construct a new settlement on their ruins called “Silicon Valley,” a step that has raised concern and anger of the Palestinian businesses in the area, most of them have been there since before the Israeli occupation in 1967.

The Israeli municipality of West Jerusalem has advanced the plan for the technology park, the Silicon Valley or Wadi Silicon, which would result in the confiscation of 2,000 dunums of Palestinian-owned land and the demolition of over 200 Palestinian shops, restaurants and facilities such as car repair and parts shops, in the neighborhood to make room for the construction of some 900 hotel rooms.

The 2.1-billion shekels ($600 million) project, first made public on June 3, allocates 250,000 square meters to “real estate for high-tech companies” as well as further 100,000 square meters split between “shopping centers” and “hotels”. It falls within the “East Jerusalem City Center” master project, approved by the Israeli occupation’s planning and zoning committee in April.

The project will also see the construction of new roads, a light rail, and a settler park near Kedron Valley to the south of the city.

The Israeli authorities have served eviction notices to dozens of Palestinian facilities and shops, allowing them until December 30 to leave before the demolitions are carried out.

Palestinians have warned of the risks of the project, which would further isolate their neighborhoods in Jerusalem, allow Israel to take over some 2,000,000 square meters in sensitive areas, and ultimately alter the city’s landscape and erase the Arab and historic character of its markets and business districts.

Contrary to Israel’s claims that the project would serve them and improve their conditions, Palestinians slammed the project saying it serves to bolster the Judaization of the occupied section of the city and paves the way for settlers’ takeover of Palestinian lands and businesses.

“In addition to a sharp increase in home demolitions and the displacement of many families in Jerusalem during the COVID-19 pandemic, the illegal Israeli ‘municipality’ has unveiled its plans to demolish decades-old Palestinian industrial area in the Wad al-Jouz neighborhood and replace it with a gentrified settler neighborhood with the flashy name of ‘Silicon Wadi’,” she wrote.

“This is an outrageous and criminal plan that will devastate 200 Palestinian businesses in the area and deprive hundreds of Palestinians of their sources of livelihood. It is a massive scheme that brings Israel’s displacement and replacement policy against the Palestinian people into sharp focus, especially in Jerusalem.”

The approval came as Israel proceeds with preparations to annex large swaths of the West Bank in line with the US-touted Mideast plan, which treats Jerusalem as Israel’s capital and endorses Israel’s longstanding policy of permanent occupation, colonialism, and apartheid over the Palestinian people.