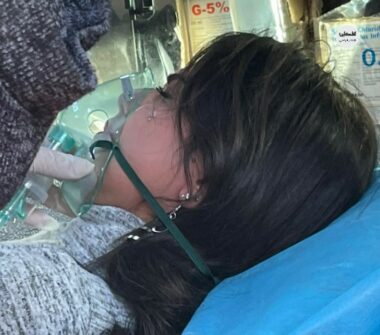 He said the crew composed of three people was returning from a filming assignment in the Jordan Valley when their vehicle was stopped and attacked by settlers near the village of Beitin, east of Ramallah in the central West Bank.

The crew, who were bruised in the attack, said Israeli soldiers were in the area but did nothing to stop the settlers or reopen the roads.

The settlers have been waging daily attacks against Palestinian commuters on West Bank Road, attacking cars with stones, injuring people, and damaging vehicles. None of the settlers has been arrested.