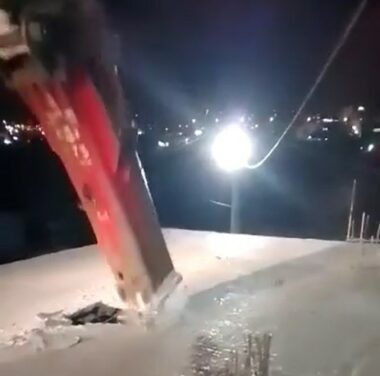 She said that Jamal Mohammad Ali tore down his commercial store, which had an area of 150 square meters and was still under construction, purportedly for being built without a license.

They are also discriminated against in all aspects of life including housing, employment, and services, and are unable to access services in the West Bank due to the construction of Israel’s separation wall.

According to a report by the Israeli human rights group B’Tselem, the Israeli High Court could be liable for war crimes for their policies that led to the dispossession of Palestinians from their properties in Area C of the West Bank.

The report, Fake Justice, shows that the court’s support of Israeli planning policy is tantamount to support for dispossession and forcible transfer of Palestinians, a war crime under international law.