WAFA: “Palestinian Forced To Demolish His House In Jerusalem” 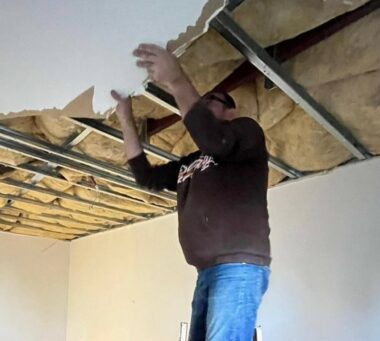 JERUSALEM, Thursday, January 19, 2023 (WAFA) – Israeli occupation authorities today forced a Palestinian owner to self-demolish his own house in the old city of occupied Jerusalem, citing unpermitted construction as a pretext.

Witnesses told WAFA that Mahran Disi, the owner, demolished his privately-owned house to avoid paying exorbitant fees to the Israeli municipality in the event that its crews carried out the demolition on their own.

Using the pretext of building without a permit, which is rarely granted to Palestinians in the occupied city, the Israeli municipality has demolished or forced Palestinians to demolish hundreds of Palestinian-owned houses as part of a policy aimed at restricting Palestinian expansion in occupied Jerusalem.

At the same time, the municipality and government build tens of thousands of housing units in illegal settlements in East Jerusalem for Jews with the goal of offsetting the demographic balance in favor of the Jewish settlers in the occupied city.

They are also discriminated against in all aspects of life, including housing, employment, and services, and are unable to access services in the West Bank due to the construction of Israel’s separation wall.