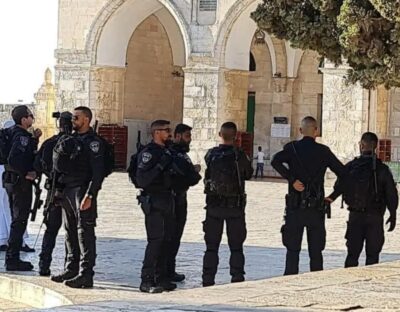 WAFA correspondent said scores of Israeli settlers entered the compound through the Moroccan Gate in groups and performed rituals and Talmudic prayers there under the protection of Israeli police officers.

Since 2003, the Israeli occupation authorities have been allowing settlers into the compound almost on a daily basis, with the exclusion of Friday, the Muslim day of rest and worship.

Israel captured East Jerusalem, where Al-Aqsa Mosque is located, during the Six-Day War in 1967 in a move never recognized by the international community.