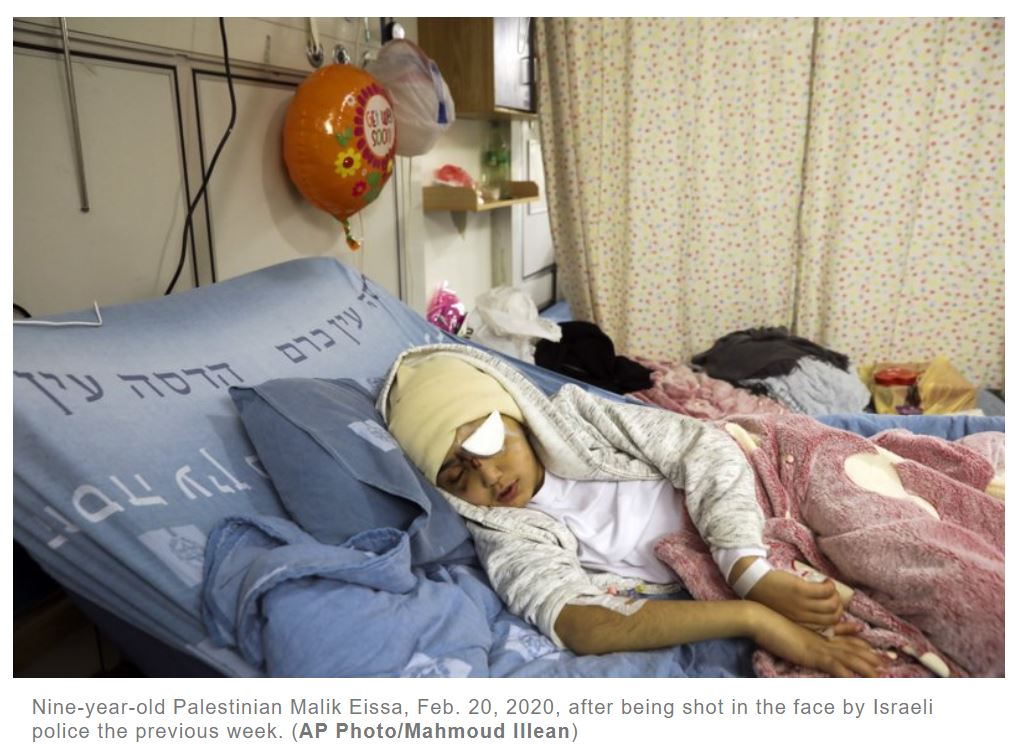 The Post says there had been “weeks of relative quiet,” even though Israeli soldiers had shot over 100 Palestinian civilians, killing four of them; conducted 400+ invasions of the Palestinian Territories; abducted dozens of Palestinians; perpetrated air strikes on Gaza; shot at fishermen and farmers; demolished Palestinian homes; tortured a Palestinian mother; and shot a small boy in the eye… Are Post Editor Marty Baron and reporter Ruth Eglash too close to Israel to report the full, unfiltered news?

On February 24th, the Washington Post reported that a “flare up” of violence in Israel-Palestine “followed weeks of relative quiet.” This statement ignores massive Israeli violence against Palestinians. The following is a partial list of Israeli actions against Palestinians during the previous three and a half weeks:

(For details on the above incidents go here. For information on additional actions that took place during this time go here. For a Timeline of Israelis and Palestinians killed in the conflict go here.)

Ruth Eglash, lead author of the Washington Post report that ignored the above events, moved to Israel 20 years ago, became an Israeli citizen, and was an editor of a right-wing Israeli newspaper for 10 years before moving to the Post.

She has been a featured speaker at events by pro-Israel organizations in the U.S. and used to be listed on the speakers’ bureau of the Jewish National Fund (JNF), known for taking over Palestinian land for Israel. (Her listing by the JNF has since been removed from the Internet.)

Shortly before joining the Post, Eglash had served on a panel entitled “Telling Israel’s Story,” alongside an Israeli army spokesperson. The panel was chaired by a former advisor to the Israeli government.

According to the Wisconsin Jewish Chronicle, Eglash lives in a “spacious home in Mevessert Zion,” which is one of the wealthiest enclaves in the area. It was built in the 1950s on top of the destroyed Palestinian villages of Al Qastal and Qalunya, which had been ethnically cleansed by Israeli forces. Some parts of the town are in the West Bank, making the residents settlers. Settlements are illegal under international law.

Eglash’s husband, also an Israeli citizen, is originally from Milwaukee, where he “lived and breathed Israel” as a student at the University of Wisconsin-Milwaukee. He started and continues to head a PR firm called “Upstart” that markets Israel to the US.

Media watchdog organization Fairness and Accuracy In Media (FAIR) reports: “Upstart’s clients include the Israeli Ministry of Foreign Affairs and Ministry of Tourism, the Jewish Agency for Israel and the World Zionist Organization. Other clients, like Hillel and Birthright for Israel, are active in promoting a pro-Israel message on college campuses.”

FAIR states that the Washington Post seems to be violating its own ethics conflict of interest code by employing a reporter “whose spouse works for an Israeli government-linked public relations firm.”

The Editor of the Post is Martin Baron, whose parents immigrated to the U.S. from Israel. Baron says he has visited Israel often, where he has family connections. Baron sometimes gives talks on Israel.

(According to Israeli law, individuals who are born to a parent who is an Israeli citizen automatically are Israeli citizens themselves. It is unknown whether this is the case for Baron.)

A member of the Israel lobby once divulged to an undercover reporter that it was easy for the lobby to get stories onto the front page of the Washington Post.