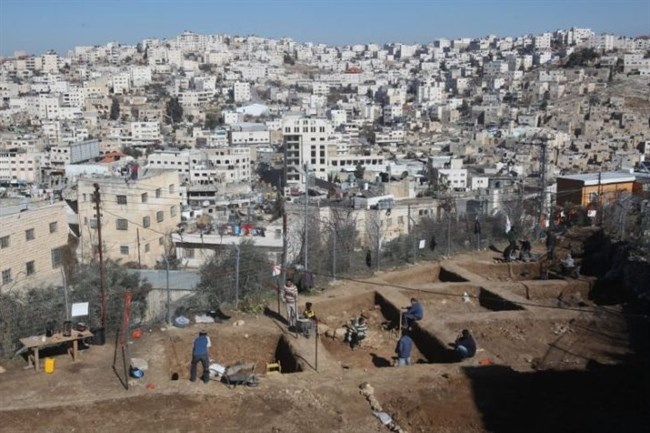 The entire city of Hebron was placed under a general closure, on Friday, while transfers of tax collected by Israel on behalf of the Palestinians were also cut, following a series of deadly incidents that left three Palestinians and two Israelis killed in two days.

An Israeli army spokesperson told Ma’an News Agency that all crossing and passage out of the southern occupied West Bank city and its surrounding villages would be closed indefinitely, with the exception of military and humanitarian cases.

She added that the closures were being implemented to “help foil and prevent future terrorist attacks.” It is said to be the greatest closure placed inside the occupied West Bank since 2014, when three Israeli teenagers were kidnapped and then killed.

Israeli army spokesperson Peter Lerner was quoted by media as confirming the closure would only affect the tens of thousands of Palestinians Hebron, the occupied West Bank’s most populous city, and not Israelis residing in the illegal settlements in the area.

The closure came amid a massive manhunt for the suspect responsible for a shooting attack, earlier Friday, that left an Israeli man dead, his wife critically injured, and his two children lightly-to-moderately injured while driving in their car near the Otniel settlement south of Hebron where the family was from.

The Israeli Prime Minister’s office, on Friday, also ordered that the money being transferred by the Palestinian Authority to “terrorists and their families” would be deducted immediately from monthly tax revenues, referring to money paid by the PA to former Palestinian prisoners and families of prisoners in Israeli custody.

Israel will reportedly reduce tax transfers sent to the PA each month by $130 million, a figure said to equal to stipends the PA pays Palestinian “militant” prisoners and their families, and the families of slain Palestinians.

“Israel believes that the authority’s support of terror, both in terms of incitement and in payments to terrorists and their families, are an inducement to terror,” a spokesperson for the Israeli prime minister’s office said in a statement.

The general closure of Hebron came as an upgrade to the closure of the village of Beni Naim on Thursday, following a stab attack that was carried out by a village resident in the illegal settlement of Kiryat Arba in the Hebron area, that left a 13-year-old Israeli girl killed in her bedroom. The attacker was also shot dead.

Initial reports from Israeli media alleged that the attacker in Friday’s shooting incident, who was still at large at time of writing, was also from Beni Naim. However an Israeli army spokesperson denied the reports.

Meanwhile, in Hebron’s Old City at a checkpoint near the Ibrahimi Mosque, a Palestinian woman confirmed to be from Beni Naim was shot dead by Israeli forces for allegedly attempting to commit a stab attack against Israeli soldiers stationed there. Shortly after, a Palestinian girl was detained at the same checkpoint for allegedly having a knife on her person.

Another Palestinian was shot dead on Thursday after allegedly carrying out a stab attack in the Israeli coastal city of Netanya that left two Israelis wounded. His hometown in the northern occupied West Bank district of Tulkarem has also been placed under blockade.

Israel’s Education Minister Naftali Bennett, head of the far-right Jewish Home party, told Haaretz that he had asked Israeli Prime Minister Benjamin Netanyahu to immediately convene the security cabinet following the attack in Kiryat Arba. A meeting is expected to be held on Saturday.

Bennett said he intends to propose a number of punitive measures in response to the attacks at the meeting including the construction of new residential and industrial areas in Kiryat Arba, plans for which have already been approved.

The minister also told Haaretz he will propose that the mother and sister of the Palestinian who carried out the Kiryat Arba attack be arrested and that Israeli authorities carry out all approved demolition orders against Palestinian structures for not having the required permits.

Bennet will also reportedly suggest that internet and cellular access be cut off in Hebron to prevent “incitement.”

More than 220 Palestinians have been killed by Israelis and some 31 Israelis killed by Palestinians since a wave of unrest first swept across the occupied Palestinian territories and Israel in October.

The Hebron area, in particular, grew as the epicenter of upheaval, with Israeli authorities declaring its Old City a “closed military zone” in November amid dozens of incidents where more than 40 Palestinians were killed.

Palestinian residents of the area were forced to register under a number system in order to pass through the Old City’s nearly 20 military checkpoints, and locals have reported heavier restrictions imposed by the army that Israeli rights group B’Tselem has referred to as “draconian measures.”

While the closed military zone status was lifted mid-May following a period of relative calm, severe restrictions on movement for Palestinians in Hebron remain, particularly in the area designated as H2 — under full Israeli military control — that encompasses the Ibrahimi Mosque and much of the Old City.

Israel’s response to attacks — such as punitive home demolitions, sealing entire villages, mass detention campaigns, and withholding the bodies of Palestinians slain while committing attacks — have been condemned by rights groups, who have the measures amount to “collective punishment” and represent a clear violation of international law.