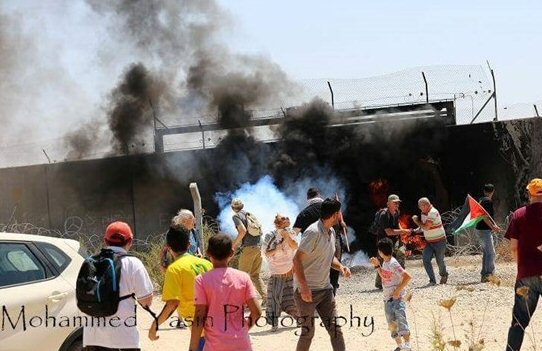 Locals, international and Israeli peace activists took part in the march, that was called for by the local popular resistance committee.

The march set off following Friday prayers at the village mosque,Ma’an reports.

Protesters waved Palestinian flags and chanted slogans calling for Palestinian unity, resisting the Israeli occupation, releasing all Palestinian prisoners, and for refugees to return to the homes from which they were displaced.

Bil’in is one of the most active Palestinian villages in peaceful organized opposition against Israeli policies, as residents have protested every Friday for 12 consecutive years, and have often been met with tear gas, rubber-coated steel bullets, and stun grenades, from Israeli forces.