While Israel Kills, The US Condemns Hamas 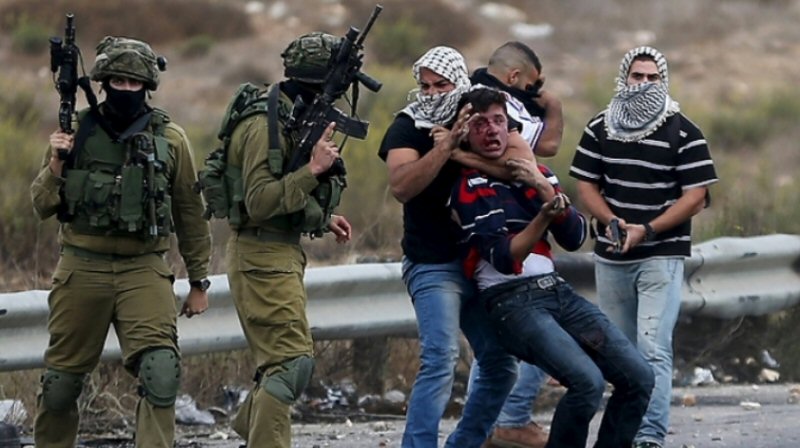 Last week, the United States submitted a resolution to the UN General Assembly condemning Hamas for attacking Israel. The resolution was supported by 87 countries but opposed by 57, with more than 30 abstentions, and so was not adopted because it did not get the two-thirds majority required.

The failure of the US resolution against Hamas happened on the International Day of Solidarity with the Palestinian People, 29 November. This is an annual commemoration based on UN Resolution 188 adopted by the General Assembly in 1977.

For what it’s worth, I condemn Nikki Haley, and welcome her departure from the UN at the end of the year, not least because she has acted more like an ambassador for Israel with her blind support for the Zionist state. Perhaps she is looking now for a position in US politics.

I have said it before and I will say it again: I have never supported Hamas and I do not support it now. However, when comparing Hamas with the Netanyahu government, I find that the former is a national liberation movement that makes mistakes, while the latter is a coalition which encompasses the racist far-right and practices state terrorism very deliberately.

Netanyahu himself faces the possibility of being tried for bribery and fraud on the recommendation of the Israeli police. It is claimed that his recent aggressive militarism has been designed to divert attention away from this embarrassing situation.

Meanwhile, Palestinian resistance to Israeli rights violations in the Gaza Strip has been ongoing since the Great March of Return protests started on the nominal border with Israel on 30 March. Israeli soldiers have killed more than 200 unarmed men, women and children in the intervening period — they killed 50 on 14 May alone — and wounded more than 18,000 others. The snipers were given a green light by their officers to kill and maim young Palestinians. Israel and its supporters then have the gall to wonder why the Palestinians fire rockets into the occupation state in response.

Indeed, thousands of Palestinians have been killed in the Gaza Strip during Israel’s military offensives in 2008/9, 2012 and 2014. More than 2,200 were killed in the latter, including some 550 children. Nikki Haley did not mention these victims of Israeli apartheid; instead, she advocated for an Israeli soldier who was wounded while killing Palestinians on the border.

Egypt intervened to prepare a truce between the Palestinians and Israel; it is holding, but is under threat. Qatar is helping the people of Gaza with money, which is also good, but the resistance must continue and should not stop until an independent Palestinian state is established on more than a quarter of occupied Palestine. That is what the 25-year-old “peace process” is supposed to have achieved, but the land available for such a state has been eroded day by day as Israel continues to build and expand its illegal settlements on occupied Palestinian territory.

The majority of the nations of the world, as we saw in the UN General Assembly a few days ago, support the right of the Palestinians to have their own state, and have issued resolutions that advocate for their human and legal rights and condemn Israel for denying these. The most important UN resolution in this respect was adopted in 2012 when the General Assembly accepted Palestine as an observer member state.

In the meantime, US President Donald Trump considers the terrorist Netanyahu and his government to be America’s favourite ally and is preparing a plan — the “deal of the century” — which I believe is being drafted by Netanyahu and his advisers solely for the benefit of Israel. The Palestinians, it seems, will not be given any option but to accept it. That is hardly likely, but this is not going to stop Trump and his virulently pro-Israel son-in-law, Jared Kushner. While Israel kills Palestinians with impunity, the US condemns Hamas and other resistance groups engaged in the struggle for their legitimate rights to be implemented. Does anyone wonder why Washington is no longer regarded as an honest broker in all of this?