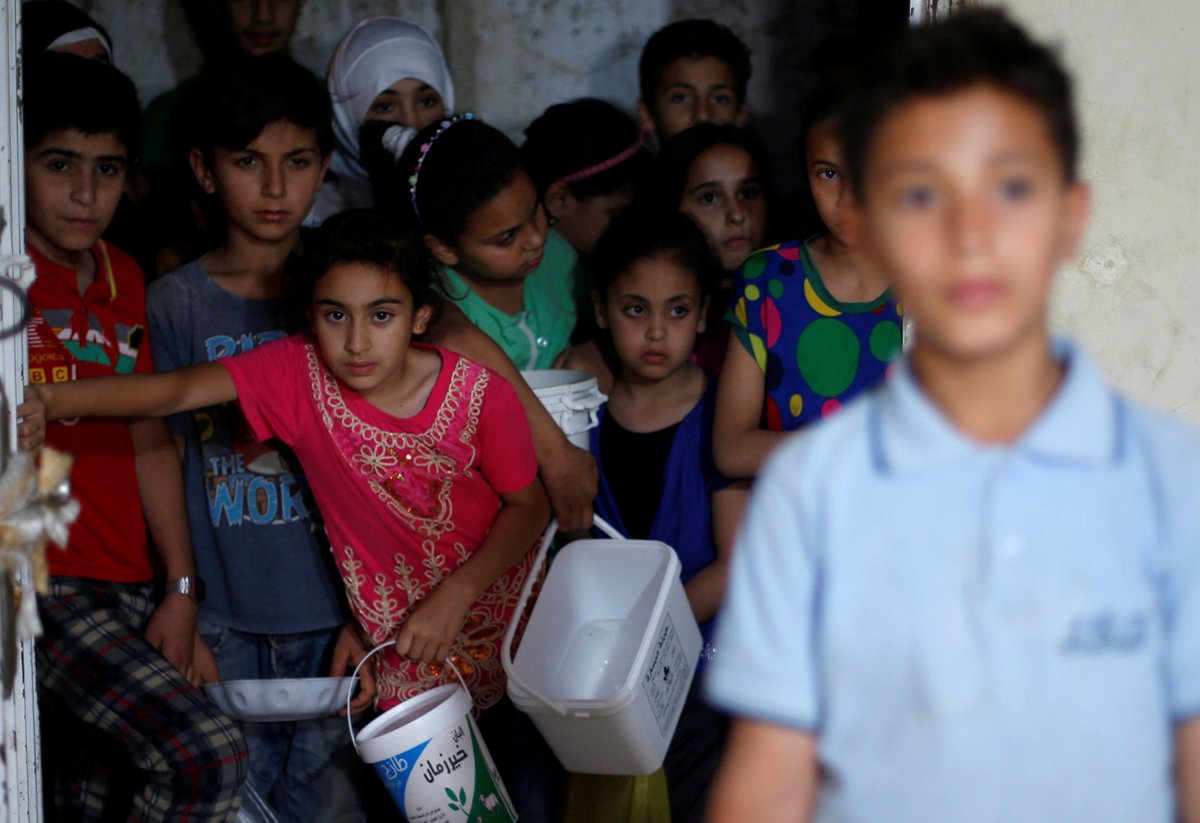 The Palestinian Central Bureau of Statistics released a statement Wednesday to mark the occasion of World Refugee Day. The report stated that Palestinians make up the world’s largest refugee population, with around 5.9 million Palestinian refugees around the world.

According to the Palestinian Central Bureau of Statistics (PCBS), Palestinian refugees live in 58 camps in Jordan, Lebanon, Syria and other countries, while many others have settled in refugee camps in the Israeli-occupied West Bank and the Israeli-blockaded Gaza Strip.

“Palestinian refugees in the West Bank who are registered with UNRWA in 2017 accounted for up to 17% of the total registered refugees against 24.4% in the Gaza Strip,” said the PCBS in the statement, which was released on the occasion of the World Refugee Day.

Jordan has the largest number of Palestinian refugees with 39% of the total refugee population, followed by Syria and Lebanon 10.5% and 9.1% respectively.

According to PCBS, 43% of Palestinians in the State of Palestine are displaced refugees.

The poverty rate among Palestinian refugees registered 39% in 2017, while it reached 22.3% among non-refugees, the statement said.

Illiteracy among Palestinian refugees in 2017 for individuals aged 15 years and above reached 3.0%, while it reached 3.6% among non-refugees, the PCBS said.

According to a report by al-Anadolu news agency, World Refugee Day comes a month after the 70th anniversary of the Nakba (Catastrophe), the term used by the Palestinians to refer to the creation of Israel in 1948.

The Palestinian-Israeli conflict dates back to 1917 when the British government, in the now-famous “Balfour Declaration,” called for “the establishment in Palestine of a national home for the Jewish people”.

For many Palestinians, the right of return to their homes in historical Palestine from which they were driven in 1948 to make way for the new state of Israel is an inalienable right.

ANERA, American Near East Refugee Aid, said in their World Refugee Day statement that the protests in Gaza that have been ongoing since March 30th are a direct result of this refugee crisis.

“In recent months, simmering anger over closed borders and broken dreams of home sent hundreds of Palestinians to protest along the separation wall with Israel. The violence that ensued underscored Gaza’s suffering. Restricted movement in and out of Gaza has translated into shortages of basic foodstuffs and medical supplies, the separation of families and overall conditions the United Nations has described as unlivable.

“Jabalya camp, for instance, is about 1.4 square kilometers and is home to more than 100,000. It is considered one of the most densely populated areas in the world. Jabalia’s open air market is one of the largest in the Gaza Strip but few can afford to buy what’s on display. Unemployment is nearly 50% and few are allowed to leave the area to find work or even medical aid for chronic or life-threatening ailments.

“Ironically, many of the camp elders are living only a few kilometers from homes they were forced to flee and have probably never seen again. Youngsters growing up in Gaza see despair and dream of making their own memories far from home.”