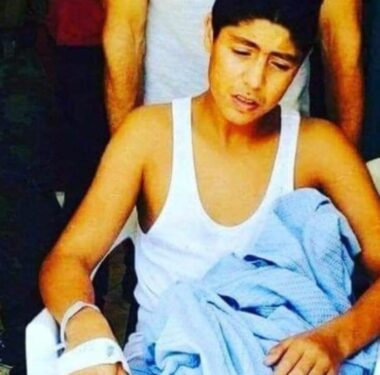 The Palestinian Prisoners’ Society (PPS) has confirmed, Friday, that another detainee has contracted Covid-19 in Ofer Israeli prison where dozens of detainees are held in dire living conditions, and lack of sanitary products.

Abu Ajamiyya, 19, from the Deheishe refugee camp, south of Bethlehem in the occupied West Bank, has tested positive for the virus, and was moved to a section where other detainees, who have coronavirus, are held.

The PPS added that Ramzi was abducted from his family’s home, in Deheishe, on March 29th, only ten days after an Israeli soldier shot him in the leg during an invasion into the refugee camp.

The detainee is expected to appear in trial on April 12th, while his “charges” remain unclear, likely related to “protesting the invasion into the refugee camp.”

The PPS said that there are 368 Palestinian political prisoners in Israeli jails who have the coronavirus.