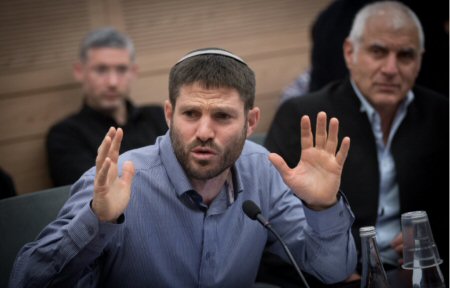 Extremist right wing Israeli Member of Knesset Bezalel Smotrich has called for illegal Jewish settlers to attack Palestinians, asserting that the lives of Jews are more valuable than those of Palestinians.

On his twitter account, Smotrich wrote: “I call on my heroic [settler] friends and pioneers to come out tonight and close Route 60 along its entire length to the movement of Arab vehicles.

“If there are [Palestinian resistance] attacks [against illegal Jewish settlers], there will be no Arabs on the roads. Our lives precede their quality of life.”

Consequently, Israeli human rights organisation Yesh Din demanded that an investigation be opened into the Jewish Home politician, as he tweeted a call for settler violence against Palestinians.

The organisation submitted this in an official request to Israeli Attorney General  Avichai Mandelblit, asking that he open a criminal probe into Smotrich’s call for violence against Palestinians.

According to Days of Palestine, illegal Jewish-Israeli settlers indeed responded to Smotrich’s tweet, gathering in the streets and attacking Palestinians.

Yesh Din says that, in the 24 hours after Smotrich’s tweet, it documented 25 attacks carried out by settlers against Palestinians.

The attacks included the firing of live bullets at Palestinian homes, in the nearby villages of Ein Yabrud and Beitin, and the stoning of cars at Huwara and Kfar Qaddum junctions, all near Ofra, on Route 60 of the occupied West Bank.