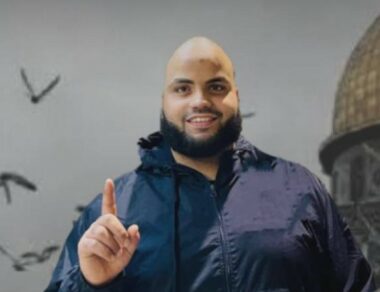 On Monday, the Palestinian Health Ministry confirmed that a young Palestinian man succumbed to the serious wound he had suffered a week earlier after several Israeli military vehicles invaded Jenin, in the northern part of the occupied West Bank.

The Health Ministry said the young man, Tamer Azmin Aref Nashrati, 23, from the Jenin refugee camp in Jenin city in the northern West Bank, died from his wounds at the Istishari hospital in Ramallah.

Various Palestinian factions vowed to continue the path of resistance until liberation and independence.

Hundreds of Palestinians participated in his funeral procession and ceremony in Jenin and marched carrying his body, calling for ongoing resistance, steadfastness, and unity.

The Jenin Brigade of the Al-Quds Brigades, the armed wing of the Islamic Jihad, said Samer was one of its members.

Media sources said Tamer was seriously injured when an explosive charge he was preparing detonated while he was handling it as several armored Israeli military vehicles invaded Jenin and Jenin refugee camp.