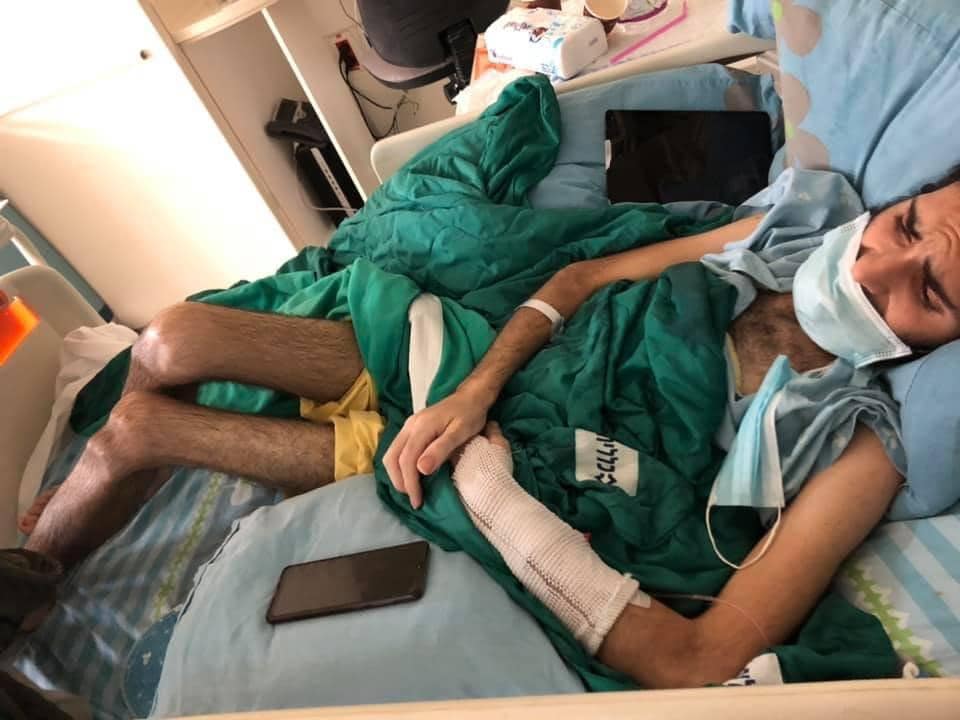 Palestinian Administrative Detainee, Miqdad al-Qawasmi, who is ongoing with the hunger strike for the 107th consecutive day, has entered a life-threatening condition, serious complications that could result in his imminent death, but continues the strike demanding his freedom.

His family expressed grave concerns about him as he was recently moved to intensive care, especially after facing life-threatening complications, including blood poisoning, severe weight loss, fatigue, and constant pain.

“Right now, Miqdad is just like a skeleton, skin and bones, always in pain, cannot talk and could die at any given moment,” his family said, “We urge world leaders, the International Community, and all human rights groups to save his life and secure his release, especially since he is not facing charges.”

His mother told the Arab48 News website that the physicians informed the family that Miqdad is in a critical condition, and could at any given moment suffer organ failure, especially kidney failure, stroke, and death.

“He has constant pain in the abdomen, his joints, and bones, and cannot see, in addition to arrhythmia, migraine and many other conditions,” she added, “Yet, he insists on continuing his hunger strike demanding his freedom, and is paying a heavy price for that, and insists that his only option is to receive his freedom, and end the injustice he is subjected to.”

“My son deserves life and liberty, just like anybody else, and I hereby call on our people, and anybody who believes in justice and human rights, to stand with Miqdad and struggle for his freedom, “ she concluded.

In related news, the Palestinian Prisoners’ Society (PPS) has reported that detainee Ala al-A’raj, who began a hunger strike 87 days ago, is being interrogated at the Ramla prison clinic, despite his complications, as he also continues the hunger strike, protesting his continued Administrative Detention.

Furthermore, the Palestinian Detainees and Ex-Detainees Committee has reported that detainee Ayyad al-Hreimi continues the hunger strike for the 42nd day, and was moved from Ramla prison clinic to Ofer prison.

It added that al-Hreimi was slapped with the first Administrative Detention order in April 2021, and is a former political prisoner who was abducted shortly after his release from prison. He held a 45-day hunger strike in the year 2016; during his repeated abductions, he spent a total of nine years in Israeli prisons.

Also, detainee Rateb Harbiyyat started the strike 26 days ago in solidarity with the hunger-striking detainees.