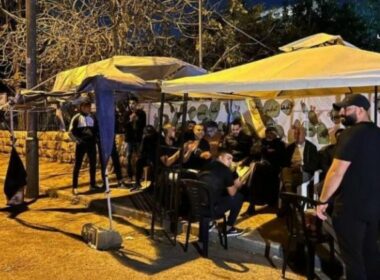 Residents of the neighborhood, which became a scene of massive protests against Israel’s settler-colonialism in the occupied territories, said in a press statement that they unanimously rejected the “compromise” proposed by the Israeli occupation court under which they shall be “protected tenants”, not the owners of their property, while pointing that the “compromise” recognizes the ownership of the settler-colonial group Nahalat Shimon to the land and paves the way for stripping them of their ownership right to their lands.

The families added that their decision to reject the “compromise” stems from “our belief in the justice of our cause and our right to our homes and our homeland”. They pointed that rather than submit to an unjust “offer”, they would rely on the “Palestinian street” to raise international awareness of their plight.

They said that the evasion of a final ruling on the case “is a continuation of the ]Israeli[ colonial policies designed to divert attention from the most grave crime, namely the  ethnic cleansing ]of the Palestinian people[ at the hands of the Israeli occupation and settlers.”

“We do not accept the promotion of an image of the occupation as being just and will not accept half solutions,” they stressed.

They held the Israeli occupation authorities fully responsible for dispossessing them and called on the international community to deter Israeli courts from issuing rules that are in favor of their dispossession and forcible transfer, a war crime under international law.

On 2 August 2021, Israel’s Supreme Court ruled that Palestinians may continue living in their houses in Sheikh Jarrah as “protected tenants” but they must pay an annual rental fee to the Nahalat Shimon from January 1, 2020. This would mean that they accept the property effectively belongs to Nahalat Shimon, a settler-colonial group.

Palestinians have maintained their the Israeli occupation authorities decision to “evict” the families from their houses in favor of the settler groups is politically-motivated and comes as part of Israel’s efforts to ethnically cleanse Jerusalemite Palestinians.

Since the occupation of Jerusalem by Israel in June 1967, Israeli settlers colonial organizations, including Elad and Ateret Cohanim, have claimed ownership of Palestinian property in Jerusalem. Backed by the Israeli state, judiciary and security services, these organizations have been working on wresting control of Palestinian property and convert it into colonial outposts as part of the efforts to ensure a Jewish majority in the city, as well as on managing archaeological sites in Silwan and overseeing their excavation. This scheme involves building new colonial tourist sites, such as the “City of David”, to bolster their propaganda.