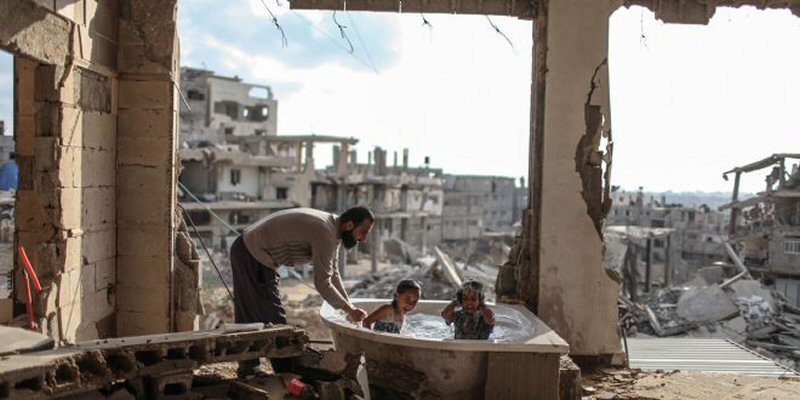 In a press release, Coordinator of Government Activities in the Territories, Maj. Gen. Kamil Abu Rokon, announced freezing facilitations relevant to commerce, economy and movement across checkpoints, including decreasing the number of businesspersons permits and ceasing import of cement to the Gaza Strip. The Coordinator proclaimed that these measures are in response to violence against Israel in its border area with the Gaza Strip and launching projectiles towards Israel.

According to PCHR follow-up, Israeli authorities informed the Presidential Committee for Goods Coordination in Gaza that its decision to ban the entry of cement into the Gaza Strip is effective as of February 1, 2020. Simultaneously, IOF annulled 460 exit permits previously issued for businesspersons from the Gaza Strip.

It should be noted that this decision followed Israeli authorities’ decision 3 days earlier to allow entry of the type of cement used for tiling through Kerm Shalom crossing in a departure from the Gaza Reconstruction Mechanism (GRM) managed by the United Nations. While entry of cement used to make concrete was sustained through GRM.

This decision falls under the Israeli closure policy imposed on the Gaza Strip since June 2007, as tight restrictions are imposed on the movement of persons and goods ever since. In terms of commercial crossing, Israeli authorities have 62 items listed on the “dual-use” items, these items include basic materials and commodities.

Furthermore, Israeli authorities continue to ban Gaza exports except for a marginal amount that does not exceed 5.7% of the Gaza monthly exports prior to June 2007. As to crossings dedicated for the movement of individuals, IOF continue to impose extreme restrictions on the freedom of movement of the Gaza population through Beit Hanoun “Erez” Crossing and only allows a limited number of categories with great limitations.

These newly adopted measures by Israel will deepen the humanitarian and living crises of the Gaza Strip, especially under the skyrocketing unemployment, poverty and food insecurity. The Gaza unemployment has reached 45%, a total of 217,100 thousand workers unemployed, while more than 50% are under the poverty line according to the Palestinian Central Bureau of Statistics poverty in the Gaza Strip is 53%, and more than 67% of the Gaza population suffer from food insecurity according to the United Nations Office for the Coordination of Humanitarian Affairs (OCHA).

The Palestinian Centre for Human Rights is greatly concerned about IOF’s decision to tighten the Gaza closure for its grave consequences on the economic and living conditions of the Gaza Strip population. PCHR believes that this decision is a form of collective punishment and retaliatory action committed by IOF against Palestinian civilians.

In light of the above, PCHR calls upon the international community to act: