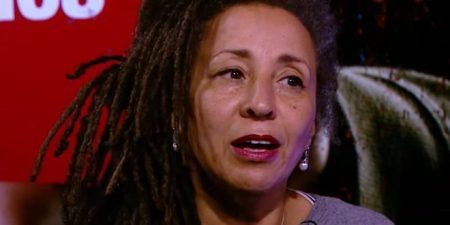 Against the background of calls for Ken Livingstone’s expulsion from the Labour Party, for remarks about zionism, 145 party members have publicly declared their solidarity with Jackie Walker, the Black Jewish pro-Palestinian activist who seems set to be the next victim of Labour’s blood-letting, Free Speech on Israel said.

In an Open Letter sent to Jeremy Corbyn on Monday, scores of Jewish and non-Jewish party members list seven accusations that have been levelled against Jackie Walker. Taking up the “I am Spartacus” cry from oppressed slaves in the famous movie – they each say “I am Jackie Walker” and “I too am ‘guilty’ of such charges … because we believe these to be reasonable statements, accurately describing Israel’s policies and actions and in no way antisemitic.”

These include, according to the PNN, describing Israel as a racist state, claiming that there is Israeli involvement in British politics, saying the Right of the party is using allegations of antisemitism for partisan political purposes and arguing that a definition of antisemitism recently adopted by the government and Labour is an attempt to outlaw criticism of Israel and to silence pro-Palestinian voices.

The letter draws attention to the legal opinion of Hugh Tomlinson QC which undermines the notion that expanding the definition of antisemitism to include criticisms of Israel and Zionism will help protect Jews against racist hatred.

“We shall NOT give up on our right to free speech to criticise Israel, or for that matter, any other country which behaves illegally and immorally… If this stance is unacceptable to the current leadership of the Labour Party, we invite you to take action against us. If, as we believe, you share our views, please stand up with us and say so openly.”