16 Years After Rachel Corrie Was Killed In Gaza, Little Has Changed 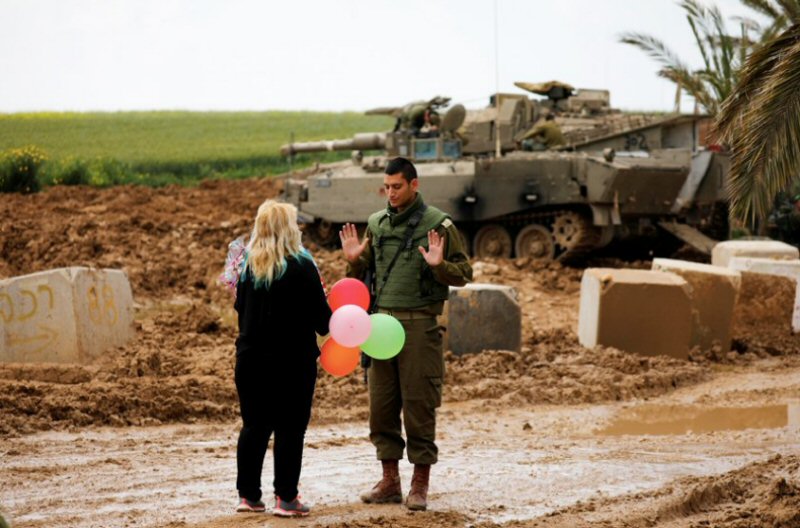 “No amount of reading, attendance at conferences, documentary viewing and word-of-mouth could have prepared me for the reality of the situation here,” wrote Rachel Corrie. “You just can’t imagine it unless you see it.”

These words, describing the suffering of Palestinians she had witnessed, were in the last letter she sent to her family, shortly before her murder. Sixteen years ago today, the 23-year-old American peace activist was killed in Gaza by a bulldozer driven by an Israeli soldier.

Corrie arrived in Gaza in January 2003 at a time when the second intifada was at its peak, fueled by the demolition of Palestinian homes. On March 16, she stood in front of an Israeli bulldozer in an attempt to prevent it from demolishing the home of a Palestinian family. She thought that because she was a foreigner, the bulldozer driver would not risk harming her. She was wrong, and was crushed to death as the vehicle ran over her without stopping, according to witnesses, who said that the driver must have seen her. The Israeli authorities deny that the driver deliberately drove over her, claiming that his view was restricted and he did not see her.

Corrie dedicated her life to defending the rights of Palestinians and has become an icon of global solidarity with them. Her name is now synonymous with the Palestinian cause, and was chosen as the name for an Irish aid ship that sailed for Gaza in 2010. Her story has been told in several documentaries about Palestinian suffering, and continues to inspire activism and compassion.

The issue of settlements is one of the most contentious in the efforts to resume Israeli-Palestinian peace talks, which have been stagnant since 2014. According to a Palestine Liberation Organization report published in January, Israeli authorities approved the construction of 10,298 settlement units in the occupied territories last year, a decision that further weakens the chances for a two-state solution to the Israeli-Palestinian conflict.

The international community considers Israeli settlements to be illegal and a major obstacle to the Middle East peace process. However, Israeli Prime Minister Benjamin Netanyahu continues to use the issue of settlements as a propaganda tool for the elections in Israel next month.

On this, the 16th anniversary of Corrie’s death, renewed violence in the Palestinian territories is a reminder of how little has changed since she died. Tensions have risen again due to the recent raids on the Al-Aqsa Mosque complex in East Jerusalem. The Arab League has urged the international community to put pressure on Israel to halt its “grave violations” against the mosque, while the Jordanian minister of religious affairs said “the closure of the Al-Aqsa Mosque by Israeli police constitutes blatant aggression. It is a violation of all religious and human values, understandings and agreements with Israel.” Turkey also reacted harshly to the Israeli raids, saying it will not tolerate brazen attacks on holy places and the world must react.

The diplomatic status of Jerusalem, known as Al-Quds in Arabic, is a hugely complex and sensitive issue. The city is considered a holy place in Judaism, Christianity and Islam, and any change in its status risks serious repercussions across the Middle East. Its status is therefore a key issue in the Israeli-Palestinian conflict, with each side claiming the city as its capital. According to the 1993 Israel-Palestinian peace accord, the city’s final status is supposed to be discussed in future peace talks.

The leaders of Turkey and Israel exchanged harsh words after Netanyahu’s recent comment that “Israel is the nation-state of the Jewish people, and not anyone else.” Relations between Turkey and Israel have experienced a number of ups and downs politically over the years. However, the status of Jerusalem has always been a sensitive issue. Ankara believes that East Jerusalem should be the capital of Palestine as part of a two-state solution along the lines of so-called “1967 borders.” It is opposed to Israel acting as though Jerusalem is its own property, and to the “judaization” of the contested city.

Recent Israeli rhetoric and aggression seems very much related to the April 9 elections in Israel. However, such racist discourse simply stokes the fires of conflict that will claim the lives of more young people such as Corrie. It is very sad that 16 years after her death, we continue to witness such rhetoric fueling the tensions between Palestinians and Israelis.

Sinem Cengiz is a Turkish political analyst who specializes in Turkey’s relations with the Middle East.

Opinion/Analysis 03/14/19 Do No Harm! Palestinian Call for Ethical Tourism/Pilgrimage