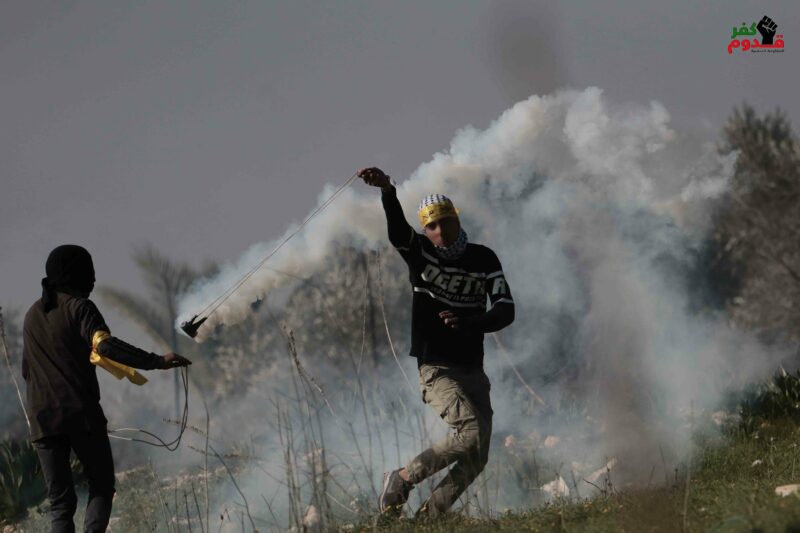 According to Morad Eshteiwi, the media spokesman for the Popular Resistance in Kufur Qaddoum stated that eighteen Palestinian civilians were shot, and injured by rubber-coated steel rounds fired by Israeli forces.

The army also heavily fired tear-gas at peaceful demonstrators, causing dozens to suffer the effects of the gas.

All the injured civilians including a ten year old child, were given medical attention on site, no serious injuries were reported.

This week’s procession, organized by the Wall and Settlement Resistance Commission, as well as the Fatah movement, which celebrated the 56th anniversary of its founding, on .

For many years, local Palestinians have rallied to resist the Israeli occupation authorities’ attempts to further expropriate their land for illegal settlements.

The locals have pressured Israel to reopen the road heading to Nablus, closed in 2003, by assembling every Friday and Saturday.