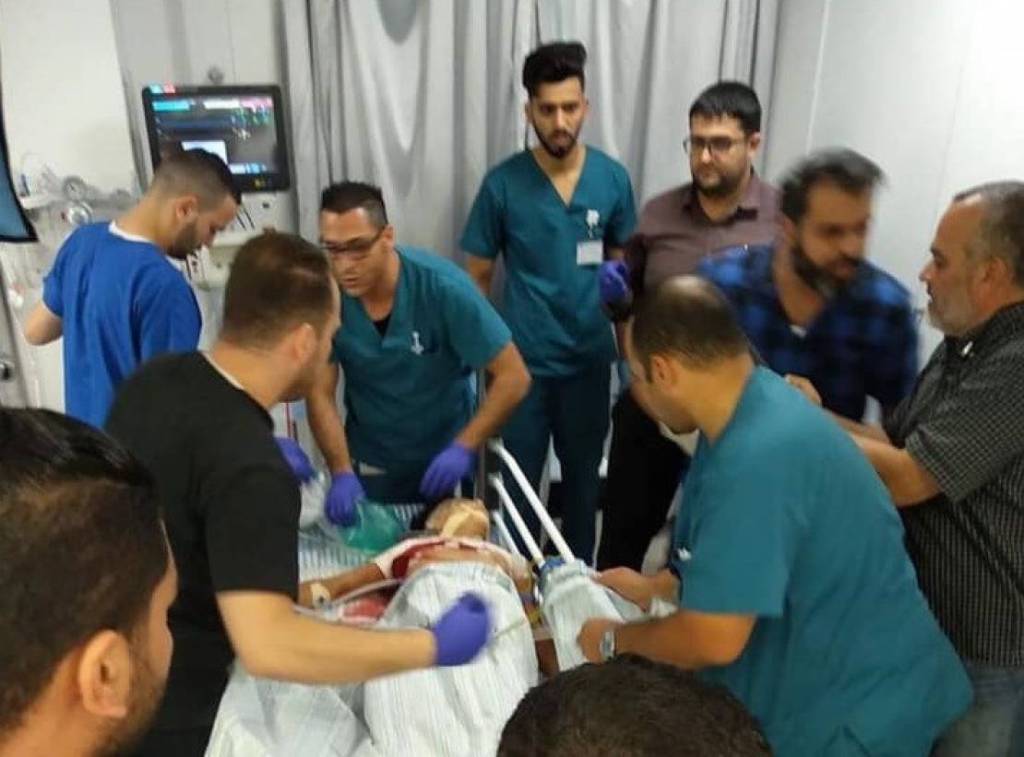 A number of Palestinians were injured today from Israeli army gunfire or teargas inhalation in various areas of the occupied West Bank, according to medical sources, including one reported in critical condition.

A child was admitted to Istishari Hospital in the central West Bank city of Ramallah, with very critical bullet wounds after settlers and soldiers raided al-Mazra al-Gharbieh village north of Ramallah.

The circumstances of his injury were not immediately known or whether he was shot by settlers or soldiers.

In Abu Dis, east of Jerusalem, a young man was shot in the leg during confrontations after soldiers entered the village, according to the Red Crescent. He was transported to Palestine Medical Complex in Ramallah for treatment.

In Tubas in the northern Jordan Valley, youths resisted the invasion of Israeli soldiers and illegal settlers, in response the soldiers fired teargas directly at the youths, causing five suffocation cases, one requiring hospitalization according to the Red Crescent.