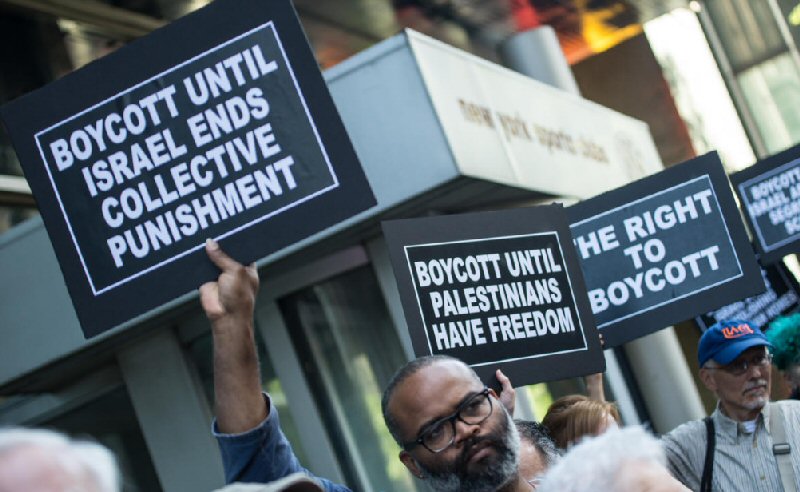 United States diplomats have pressured lawmakers and officials in certain European countries to oppose moves to boycott Israel or the illegal Jewish settlements in the West Bank, in a move which is part of the ongoing campaign by the Israeli lobby against the Boycott, Divestments and Sanctions (BDS) movement.

According to a report by the State Department delivered last week to Congress and received by the Jewish Telegraphic Agency yesterday, the actions taken by U.S. diplomats against the BDS movement are listed inline with a 2015 law obligating such reporting procedures.

The report states that the diplomats engaged senior government figures and party leaders in Ireland by “strongly urging them to drop their support” for a bill that would target the import of goods coming from settlements in the West Bank and set penalties on them.

The bill itself passed by the senate in July paving the way for the country to become the first EU nation to enforce a boycott.

The pressure to drop support for the bill coincides with opposition from some Irish officials including the Foreign Minister and Deputy Prime Minister Simon Coveney, who the report cites as fearing the bill would limit Ireland’s influence in the region.

Germany is the other European country in which U.S. officials have attempted to curb any influence of the BDS movement within legislation, with the report referencing a lawsuit filed by an Israeli against Kuwait Airlines because he was refused to board.

The report says that, following the court ruling, the U.S. embassy in Berlin “engaged senior officials” and that the embassy regularly “conducts outreach” to German officials and lawmakers regarding Israeli and Jewish issues.

Following the U.S. diplomats’ engagement with and pressuring of German figures, the country’s parliament then approved a resolution identifying BDS as anti-Semitic in May this year.

Germany became the first major European parliament to implement such a ruling, but the revelation that U.S. diplomats are being officially encouraged and monitored to campaign and lobby against the BDS movement as part of their duties could lead many to believe that similar rulings may be passed in other European countries.