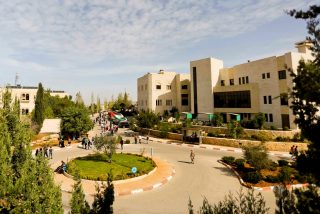 According to local sources, Israeli troops kidnapped five students affiliated with the Islamic Bloc, the student branch of the Hamas movement, at Birzeit University in Ramallah.

The sources reported that the Israeli military raided a number of student dormitories in Ramallah, searched them and abducted five students.

All of them are Islamic Bloc student activists at Birzeit University.

Israeli authorities gave no reason for the abductions of the students.