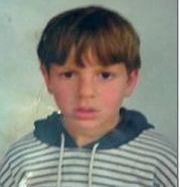 The Israeli Authorities decided to file charges against a 12-year-old Palestinian child from the southern West Bank city of Hebron after arresting him and charging him with throwing stones at the Israeli military. The child was identified as al-Hasan al-Mohtasib, 12. His 7-year-old brother was also detained but was released later on.

Their father, Fadel, said that his sons were in al-Shallalah Street, in the center of Hebron. His 7-year-old son, al-Amir, was released ten hours after his was kidnapped by the army.

He added that local residents told him that soldiers kidnapped his two children and took them to the nearby al-Karaj military camp.

He went to the camp and the soldiers told him that his sons were moved to al-Haram military camp in the city. Upon arriving at the second military base, he was informed that his children were moved to the police station in Keryat Arba Jewish settlement, in the center of Hebron.

He went to the police station in Keryat Arba’ but to no avail. When he returned back home, he found his 7-year-old child standing in front of the door, shaking and terrified.

Later on, an adult detainee at the Ofer detention center, near the central West Bank city of Ramallah, phoned him and told him that his son al-Hasan is there, and that he will be sent to court.

Al-Mohtasib voiced an appeal to human rights groups, and Defense for Children International, to intervene and ensure the release of his child.