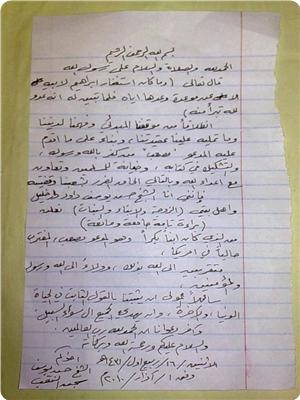 Hamas leader, Sheikh Hasan Yousef, imprisoned by Israel at the Negev detention camp, has officially disowned his son who converted to Christianity and also collaborated with the Israeli security, Shabak, several years ago.Sheikh Yousef sent a letter from his prison tent stating that he, his wife and children, hereby disown Mosab, his first born son, who is currently living in the United States after converting to Christianity and collaborating with Israel.

Yousef stated that “by collaborating with the enemy, by doubting the book of God, by betraying the Muslims, Mosab became an atheist”.

Israel said that Mosab was a “very good inside source of information” as he is the son of a senior Hamas leader in the West Bank, he was also shortly involved with the Al Qassam Brigades, the armed wing of the movement.