Jordan Imprisons Six Residents For Attempting To Enter Gaza, Fight The Army in 2009 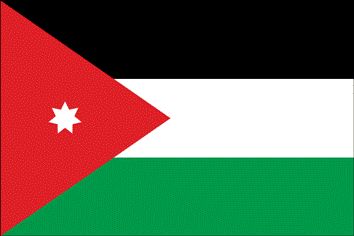 A Jordanian Court ordered, on Tuesday, the imprisonment of six Jordanians who attempted to form an armed wing that would try to enter the Gaza Strip and carry out a number of attacks against Israeli army during the war on Gaza.The court sentenced Sakher Zeidan, Osama Abu Kbeer, and Hasan al-Khalayla, to 15 years imprisonment with hard labour, and Mohammad Abu Awra and Ala’ Ed Deen al-Khawalda to five years imprisonment with hard labour.

Another Jordanian national, identified as Mohammad Jamal Hamdan, was sentenced in absentia to a life term with hard labour.

The prosecution stated that the defendants carried unregistered Kalashnikov rifles “meant to be used in an illegal manner.’

The Jordanian security forces arrested Abu Kabeer after he was released from Guantanamo Bay in 2008 along with three other Jordanians from Ma’an city, south of the Jordanian capital, Amman, and two from al-Zarqa and Jarash cities.

They were all accused of planning to infiltrate the border and join combatants in the Gaza Strip during the war.

The court said that during the three-week Israeli war on Gaza which started in late December 2008, Abu Kabeer expressed interest in illegally leaving Jordan to join the Palestinian fighters in Gaza.

It also stated that after the beginning of last year, Osama formed a cell, obtained three Kalashnikov rifles, ammunition, a compass, and maps of Palestine.

This is the second time Jordanians have been prosecuted by their country for planning to enter the Gaza Strip and join the resistance since the 23-day war on Gaza.