50000 Units For Settlers in Jerusalem Currently In The Planning Stage 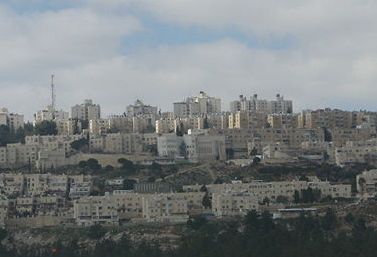 The Ir Amim “City of Nations” Israeli peace group reported that the Jerusalem Municipality is currently looking into a plan to build 50.000 homes for Jewish settlers in East Jerusalem. The group said that the plan is currently in different stages of planning and licensing.

It stated that 20.000 homes are currently in the official stages of planning and licensing, in addition to plans to build 30.000 units; the second plan is to be presented before planning committees.

Most of the units will be built in different parts of occupied East Jerusalem, mainly in Arab neighborhoods.

The so-called Planning Committee of the Jerusalem Municipality said that the only possibility to develop the Jewish neighborhoods is from the east, which means in the Arab neighborhoods especially after all “development plans” that extend to West Jerusalem, were voided.

This is besides future plans to build a settlement neighborhood of nearly 13000 unit, south of Jerusalem.

Israel was also planning to build a neighborhood for religious settlers in Atarot, but Jerusalem Mayor, Nir Barkat, decided to build an industrial zone instead.

Settler groups are also seeking to get an approval to expand Maaleh Zeitim in Ras Al Amoud Palestinian neighborhood in east Jerusalem. The settlers are trying to gain approval for 200 units.