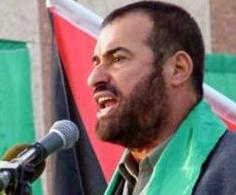 Fathi Hammad, Interior Minister of the Hamas-led government in Gaza, accused the rival Fateh movement, headed by Mahmoud Abbas, of carrying a smear campaign, supported by Israel and the United States, against the Hamas movement. Hammad stated that this campaign comes as a cover-up to corruption scandals within the Palestinian Authority in Ramallah.

During a police celebration in central Gaza, Hammad said that the “devils of Ramallah, unable to defeat the legitimate government in Gaza, are conducted a vicious smear campaign against Hamas and its leaders”.

He held Fateh leader, Mohammad Dahlan, responsible for smear campaigns against the government in Gaza and its Interior Ministry.

“He is behind it all”, Hammad said, “let everybody know that we are awake and aware”.
Hammad said that Fateh-run websites are publishing fake news about corruption and internal divisions within the Hamas movement in Gaza.

He further stated that the United States and Israel are supporting this campaign against Hamas, and called for countering such destructive measures.