Netanyahu: “Jerusalem Is Not A Settlement” 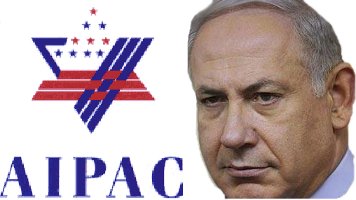 Israeli Prime Minister, Benjamin Netanyahu, stated that Jerusalem is not an occupied city, but the eternal capital of Israel, and added that the Jewish people started building Jerusalem 3000 years ago, ‘and now they will continue to build’.His statements came during a speech at the AIPAC (American Israeli Public Affairs Committee) in Washington.

He said that “everybody knows that all Jewish “neighborhoods” built in East Jerusalem since the war of 1967 will remain part of the state of Israel under any peace agreement. He further claimed that this does not harm the chances of reaching a two-state solution.

The Israeli Prime Minister stated that his government ‘proved it is committed to peace’, and removed several roadblocks in the occupied West Bank, in addition to “freezing settlement activities”.

He also claimed that the Palestinian Authority did not conduct any positive measures, and is “only placing obstacles and leading a campaign against Israel and its leaders”.

His statement were met with ovation by the 7500 delegates attending the AIPAC conference, while a few expressed their opposition.

Netanyahu called on the Palestinian President, Mahmoud Abbas, to accept the resumption of direct talks with Israel, and claimed that Israel “is willing to make the needed concessions”, and demanded the Palestinians to “make concessions too”.

He said that any settlement with the Palestinians must ensure Israel’s presence along the border with Jordan “to avoid the smuggling of weapons”.

Netanyahu said that Israel expects the International Community to act against what he described as “the dangerous Iranian nuclear agenda”, and that Israel reserves its right “to defend itself”.

As for the Israeli-American relations, the Israeli Prime Minister stated that Israel and the United States have solid and strong relations, and that “Israel wants peace with its neighbors, but also wants to guarantee its security”.

On March 9, Netanyahu declared his government intends to build 1.600 homes for Jewish settlers in East Jerusalem.

U.S Secretary of State, Hilary Clinton, said that this decision undermines that efforts to get peace talks back on track.

Under the International Law and the Fourth Geneva Conventions, settlements are war crimes as an occupying power cannot move all or part of its population into areas it occupies.