Mousa: “Withdrawing Arab Initiative, On the Agenda Of Arab Summit” 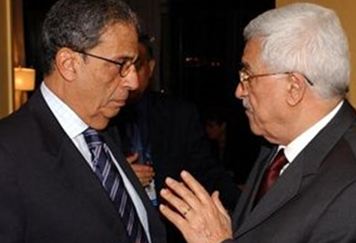 He added that all Arab countries would, without exceptions, would be participating in the summit.

Mousa added that the stances of the Israeli occupation will not push the Arabs to abandon their right in Jerusalem, and stated that dealing with the Israeli Prime Minister, Benjamin Netanyahu, and his government will not lead to any positive outcome.

He said that Netanyahu is approving more settlements in occupied East Jerusalem and in the West Bank, and is ongoing with the violations against the Al Aqsa Mosque and other Arab and Muslim Holy sites in Jerusalem and other parts of Palestine.

“We have been closely following the recent developments in Palestine, and the violations in Jerusalem”, Mousa said, “We will discuss these issues at the Summit, and we will present all facts and come up with the appropriate measures”.

In 2002, the Arab Countries gave Israel a golden opportunity not only to achieve peace with all Arab and Muslim nations in the region, but also of a full normalization.

They demanded Israeli to withdraw from all Arab and Palestinian territories captured in 1967, including East Jerusalem.

The demand is coherent with all related United Nations and Security Council resolutions.

Israel rejected the initiative and demanded altering it. Israel refuses any withdrawal from East Jerusalem, refuses talks on borders, and insists to keep its settlements in the occupied West Bank and in occupied East Jerusalem.