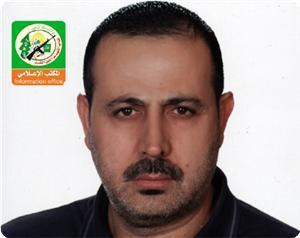 Several British organizations, along with Palestinian and Islamic Institutions in Britain, are conducting preparations to file a lawsuit against the Israeli Mossad for forging British passports that were used by some of the assassins who killed Hamas leader, Mahmoud Al Madbouh, in Dubai in January. The Qatar-based Al Jazeera reported that the case of Al Madbouh will be in British courts in the communing few days.

The Islamic Initiative in the U.K demanded the country to expel the Israeli Ambassador, and to make the British people aware of the details of the investigation.

The assassins used passports that carried names and pictures of real people, including Jews who are citizens of European countries and Australia, and also hold Israeli passports.

The Palestinian Forum in Britain welcomed the decision of the British government and called on the country to prosecute the Israeli leaders, or at least prevent them from entering the country.

Samira Abu Rayya, the widow of Al Madbouh, told Al Jazeera that a group of lawyers would be involved in the case to help uncover the Israeli plot, and to prosecute the assassins and their dispatchers.

Samira demanded the U.K to declare the results of its investigation, and also called on the United Arab Emirates to fulfill its vows and issue arrest warrants against Ma’er Dagan, head of the Israeli Mossad, and Israel’s Prime Minister, Benjamin Netanyahu.

On Tuesday, Britain expelled an Israeli diplomat believed to be involved with the Mossad in forging British passports used by some of the assassins.

Furthermore, the “Australian” newspaper reported that it is likely that Australia will also expel an senior Israeli diplomat involved in the case.