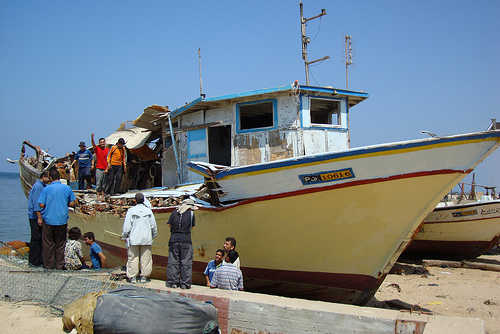 Medical sources said the fisherman was moved to a hospital in the nearby Beit Lahyia town after sustaining moderate wounds.

Later today Israeli troops stationed at the southern Gaza Strip borders with Israel opened fire at Palestinian workers injuring one of them.

Naji Abu Rayda, aged 32, sustained critical wounds to his back when troops opened fire from their tanks at a group of workers near the borders, witnesses told local media.