U.S. Might Abstain During UN Vote On Jerusalem Settlement Construction 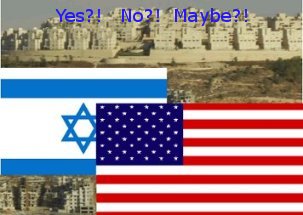 The BBC reported on Sunday that the United States might abstain for a possible UN Security Council vote on Israel’s illegal construction of Jewish settlements in occupied East Jerusalem. The issue was raised last week during a meeting between the Foreign Minister of Qatar, Sheikh Hamad Bin Jassim Al Thani, and a senior U.S. official.

The official was quoted as stating that that Unites States is seriously considering the possibility of abstaining if settlements issue was put to the vote, Israeli Ynet News reported.

Al Thani asked the official whether the U.S. would guarantee that it would refrain from using its Veto power if the issue is voted on.

Using its Veto power, the United States has blocked numerous U.N. resolutions condemning Israel and calling for its full withdrawal from Arab and Palestinian territories, and any resolution that is not of Israel’s interest.

But Israeli sources reported that by challenging the U.S. administration and approving additional 1600 units for Jewish settlers in occupied East Jerusalem, U.S.-Israeli relations were severely damaged.

Israel announced the construction plan while vice president, Joe Biden, visited the region in an attempt to launch the indirect Palestinian-Israeli talks.

The Palestinian Authority of President Mahmoud Abbas withdrew from the proximity talks to protest Israel’s violations.

Israel says that Jerusalem “will always be its undivided capital”, while Israel’s Prime Minister, Benjamin Netanyahu, stated recently that Jerusalem is not a settlement and that his government and every Israeli government will continue to build in it.

East Jerusalem is an important part of the Palestinian territories Israel illegally occupied after the June 1967 war. Although Israel considers the “undivided” Jerusalem as its capital, the International Community regards it as an occupied city.

The Tuesday White House meeting between Obama and Netanyahu ended without talking to the press and even without a press release.

Despite speculation about tension between Israel and the United States over Israel’s illegal settlement activities, especially in East Jerusalem, White House advisor, David Axelrod told CNN’s State of the Union news program that the meeting was an ordinary meeting between friends.