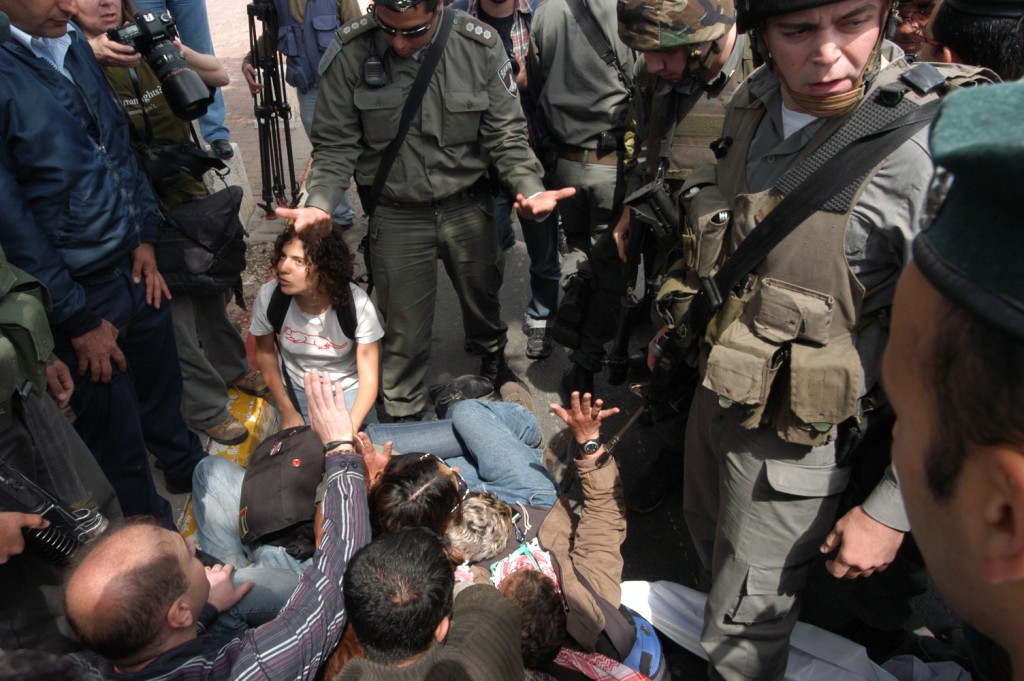 Fifteen people, including two journalists, were detained by Israeli troops and police officers when the police attacked a Palm Sunday protest near Bethlehem.
Palestinians, along with international and Israeli supporters, gathered at the Church on Nativity in Bethlehem city, southern West Bank, and caried Palm leaves and flags, and headed towards the gate of the Annexation Wall separating Bethlehem form Jerusalem city.

The protesters demanded their right of warship. Israeli only allowed a limited number of Christian Palestinians to reach Jerusalem for the Easter week starting this Sunday.

At the gate of the wall, protesters marched forward and managed to pass the military checkpoint and entered Jerusalem. After crossing the roadblock, troops and police officers attacked the protesters and detained fifteen among them a Palestinian and an Israeli journalist.

Abbas Zakki, a seniour official of Fateh movement, was among those detained. In total three Israeli activists and one American were also detained by the Israeli military.