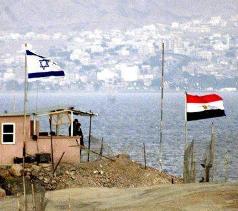 The Egyptian Border Police shot and killed an Eritrean migrant on Monday after he reportedly attempted to cross into Israel. His death brings the number of migrants killed by Egypt’s border police this year in Sinai to 12. The slain migrant is 26-year-old; two others were injured by Egyptian fire and eleven African migrants, including three Ethiopian women and a 2-year-old child, were arrested in a separate incident Monday.

Most of the Eritrean and African migrants who attempt to enter Israel through Sinai are seeking work and asylum.

But dozens were killed, wounded and detained by Israel and Egypt while trying to do so, none of them ever carried any sort of weapon. Israel has been practicing pressure on
Egypt to stop the flow of migrants.

The AMNESTY International slammed Egypt for the increasing number of deaths among the migrants and urged the country to examine its border guard’s excessive use of force.

Egypt claims that its security forces only open fire if the migrants do not cede to repeated orders to stop.